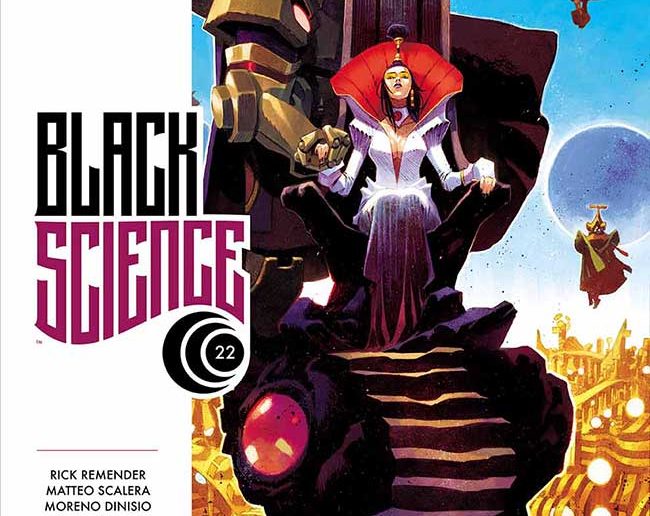 Black Science #22 arrives in July, and kicks off a new story arc from writer Rick Remender and artist Matteo Scalera.

Previously in BLACK SCIENCE, the catastrophic final jump of the Pillar cast the last Dimensionaut adrift on the wreckage of his former self, stranded in the furthest reaches of space. Before he reclaiming his mantle as protector of the Eververse, he first had to overcome the demons that lurk within his own soul.

In BLACK SCIENCE #22, Grant McKay threatens to unravel a peace treaty between three godlike races, putting the entire Eververse at risk—all in a hot-headed attempt to rescue his daughter. Big changes, bigger action, and a stunning climax that will shake the world of BLACK SCIENCE to its very foundations!

“The new storyline We Say Goodbye to Ourselves (part 1 of 5) begins in BLACK SCIENCE issue 22, and is a very different new direction for the series,” said Remender in a prepared statement. “A hard-earned optimistic appraisal might just lead to a hard-earned victory for Grant McKay. All of the pieces we’ve set up begin to converge. A new cast member will take the spotlight. An encounter with a strange sorceress will lead to a character defining choice that will change one Dimensionaut forever.” 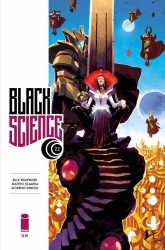 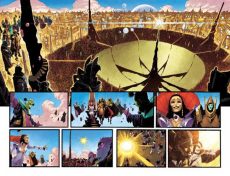 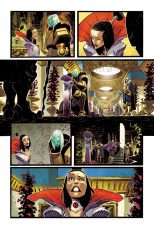 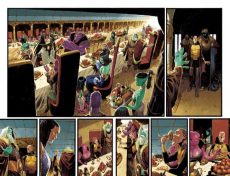 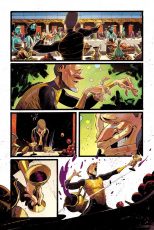