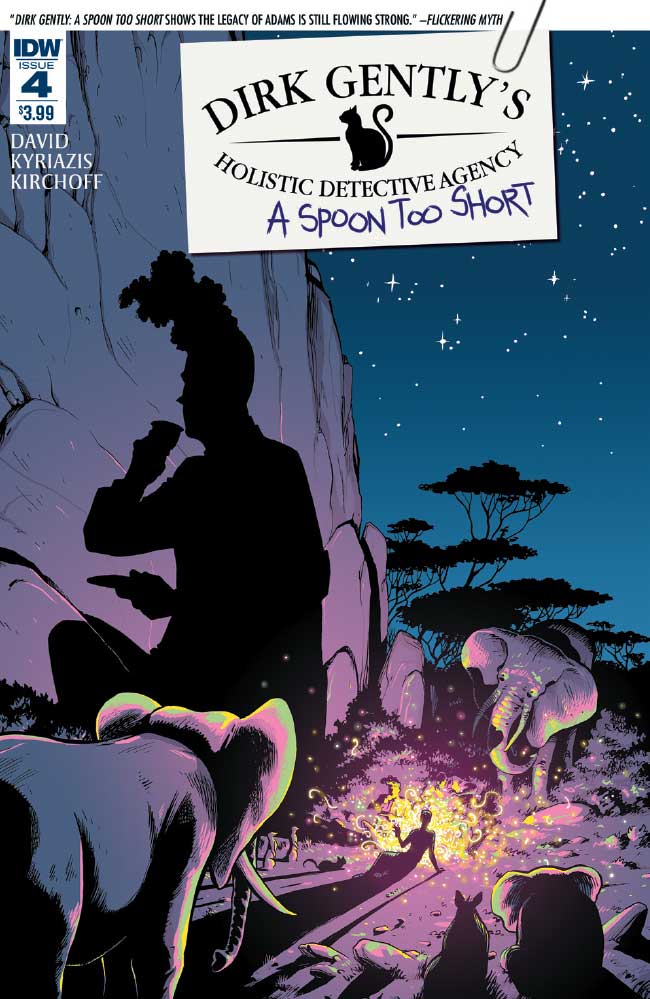 The penultimate issue of Dirk Gently’s Holistic Detective Agency: A Spoon Too Short arrives in stores tomorrow! TOMORROW! Take the jump for an early look at the issue before anyone else – then you can hold that knowledge over their heads, and cluck your tongue because they aren’t up with times. But you better hurry, your friends are pretty hip.

Dirk Gently’s Holistic Detective Agency: A Spoon Too Short #4 (of 5)
Arvind Ethan David (w) • Ilias Kyriazis (a & c)
A Spoon too Short sees Dirk Gently take on rhino poaching in Kenya and The Tribe Without Words, while confronting untold secrets from his childhood. The world’s weirdest detective proves there is no such word as impossible in his dictionary!
FC • 32 pages • $3.99