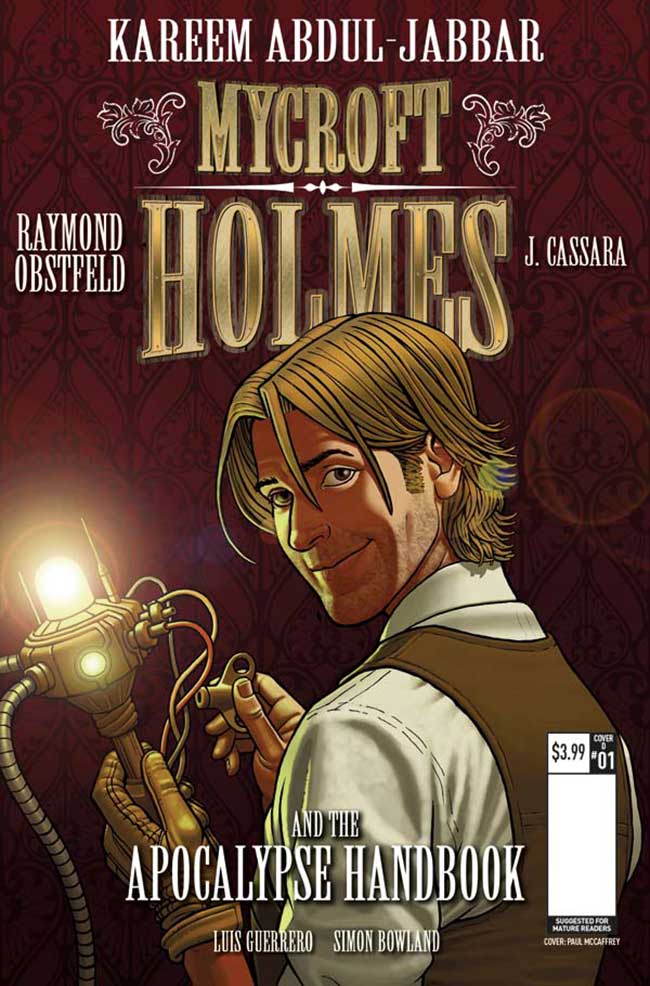 An all-new adventure, The Apocalypse Handbook sees the diffident, brilliant Mycroft pulled into a globe-spanning adventure at the behest of Queen Victoria and a secret organization at the heart of the British government. A madman is on the loose with futuristic weaponry capable of destroying civilization in the most horrific manner. Can the smartest man in England set aside his idle, womanizing ways for long enough to track down the foe that may be his match?

An all new adventure? Mycroft Holmes appeared in several Arthur Conan Doyle tales, but did you know Abdul-Jabbar write a Mycroft Holmes novel in September 2015? The high profile creator and praise from reviewers, help get this comic book into production.

This exciting comic series sees Abdul-Jabbar team with best-selling novelist Raymond Obstfeld (Joker and the Thief) to pen a fresh, all-new story that adds new revelations and insights into the life of Mycroft. The five-part serial features art by rising star Joshua Cassara (New Avengers, The Troop) and colorist Luis Guerrero (Doctor Who, Rivers of London, The Troop), along with a host of comics luminaries on its variant covers.

Mycroft Holmes and The Apocalypse Handbook is scheduled to arrive on August 3rd.