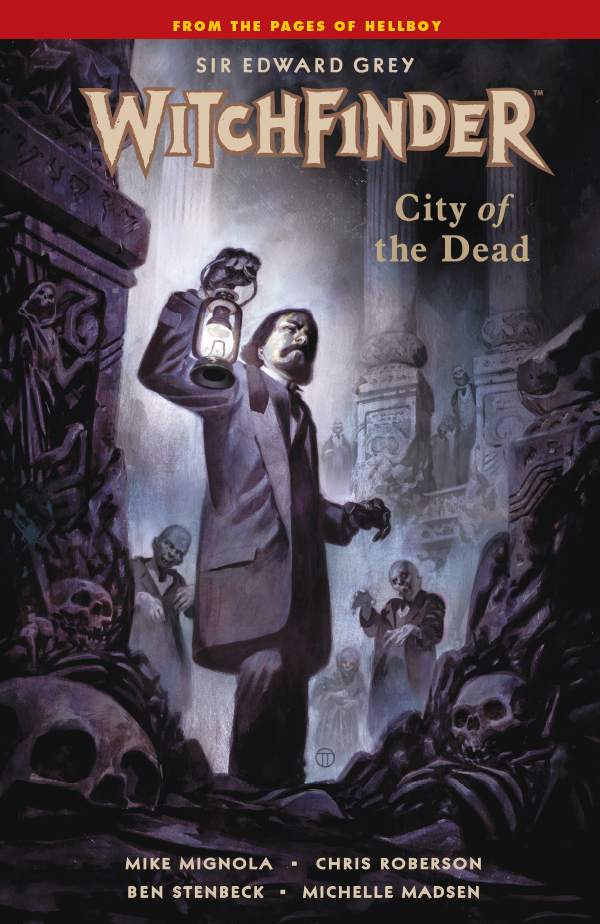 [Solicitations] Mignola, Roberson, Stenbeck, and Madsen team for Witchfinder: City of the Dead

Here’s a great way to start your day; Mike Mignola, Chris Roberson, Ben Stenbeck, and Michelle Madsen (four of my favorite creators) have teamed for Witchfinder: City of the Dead.

The five-part mini-series tells the tale of Sir Edward Grey, the occult adviser to the queen, on his quest to defeat the living dead loose on the streets of London.

“One of the great things about the monster tropes in horror fiction is that they don’t have to be limited to any specific setting,” said Chris Roberson in a statement for the press. “Werewolf stories aren’t all set in Eastern Europe, vampire stories don’t have to take place in Victorian London, and zombies needn’t be relegated to the post-apocalyptic scenario. There’s a lot of fun to be had from taking these types of characters and transposing them into different historical periods and cultural milieus.”

“It’s fantastic to return to the world of WITCHFINDER,” said Ben Stenbeck. “I get to go back to Edward Grey’s London and help to flesh it out a bit more. Hopefully I’ve gotten better at it in the 7 years since I last drew WITCHFINDER.”