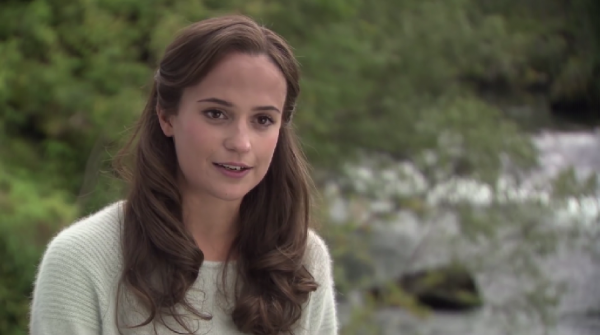 When Tomb Raider gets the big screen reboot, you won’t see Angelina Jolie jumping around and blowing things up. Instead, you’ll see Alicia Vikander (The Danish Girl) kicking butt and raiding tombs.

Roar Uthaug will direct the film, with Warner Bros. and MGM teaming for the project.

If you don’t know Alicia Vikander from her Oscar winning performance in The Danish Girl, you may remember her from Ex Machina.  The actress will next appear in the new Jason Bourne movie.  At 27, the actress still looks very young, and that aligns with the Square Enix Lara Croft reboot from a few years ago.

Tomb Raider was released in 1996 by Edios (now part of Square Enix), and over the years the games have sold 35 million units, and the two previous Tomb Raider movies have brought in $432 million world wide.