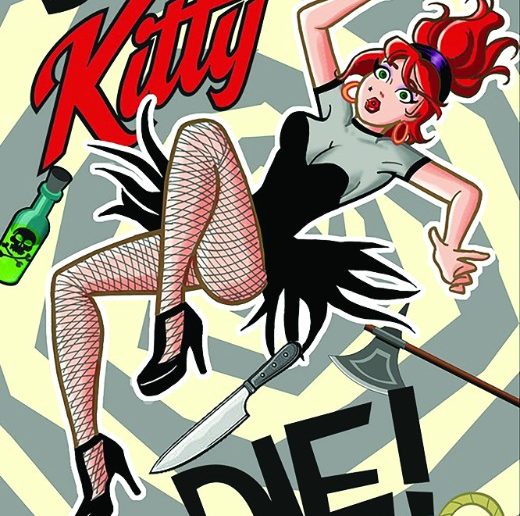 “Die Kitty Die! is a very special project for Fernando and I” says Parent, “It was an honour to see the outpouring of support from our community of fans!”

‘And now, we’re excited to give Kitty a home’ says Ruiz, ‘and Chapterhouse Comics seemed like just the spot!’

Die Kitty Die! releases to comic book stores throughout North America and Europe on October 26, 2016. In celebration, Chapterhouse has commissioned Parent and Ruiz to do Halloween variants for all of its titles that month, including Captain Canuck, Northguard, All-New Classic Captain Canuck and The Pitiful Human-Lizard. A small teaser of the series will be available in the Chapterhouse Summer Special 2016, releasing this June!