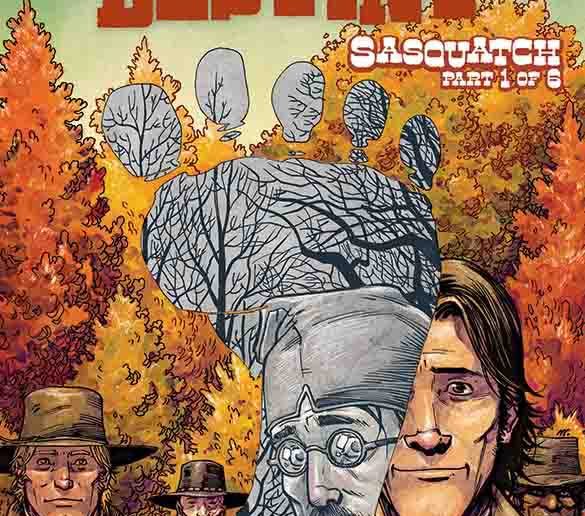 Writer Chris Dingess and artist Matthew Roberts return with their biggest MANIFEST DESTINY story yet, the 6-issue “Sasquatch” arc, featuring America’s most legendary monster. The adventure begins this May from Image/Skybound Entertainment.

Previously, deep in America’s heartland, Lewis & Clark’s expedition lead to the discovery of a civilization unlike any they—or anyone else on Earth—had yet encountered, and it pushed their men to the brink of mutiny.

In MANIFEST DESTINY #19, readers return to the story as Lewis and Clark pick up the trail of the legendary Sasquatch, AKA Bigfoot. Huge pieces of the series’ mythology will be revealed by arc’s end.