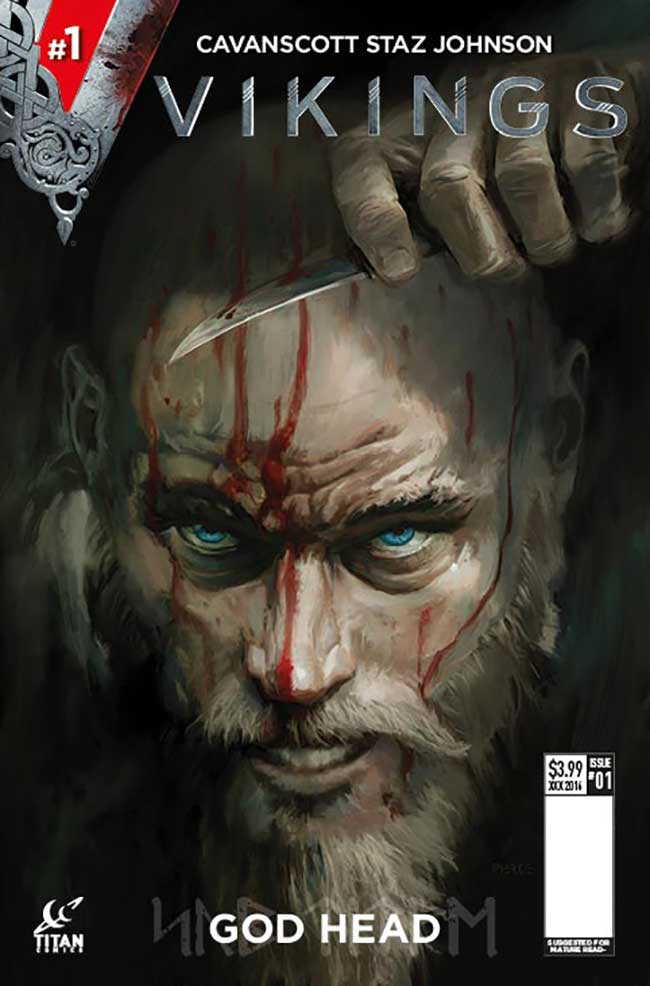 Titan Comics is set to release the first issue of Vikings, based on the popular television series, next week. The publisher sent Major Spoilers a sneak peek of Vikings #1 that you can check out, after the jump.

From the chronicles of the History Channel’s truly epic series, Vikings, comes a new saga of glory and plunder! Ragnar, Lagertha and their legendary kin sail once more for England and run straight into a shield wall of politics, intrigue, betrayal and, of course, axe-wielding, blood-spraying, sword-swinging combat!