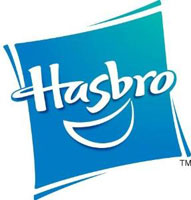 If you ever wondered if G.I. JOE, Transformers, Micronauts and M.A.S.K. were in the same universe, the answer from Hasbro and Paramount is a resounding, “YES!”

To bring it all together, Paramount and Hasbro announced it’s writing team that will make the connections between the properties on the big screen.

This group includes some of the most notable creative talent in Hollywood, including Academy Award Winner Akiva Goldsman (A Beautiful Mind), who will have responsibility for overseeing the writers room on behalf of Hasbro and Paramount as well as serving as Executive Producer for all of the films. Joining Goldsman will be Lindsey Beer (Wizard of Oz, Kingkiller Chronicle), Pulitzer Prize Winner Michael Chabon (The Amazing Adventures of Kavalier & Clay), Cheo Coker (Luke Cage, Ray Donovan), Joe Robert Cole (Black Panther, People vs. OJ), Nicole Perlman (Guardians of the Galaxy, Captain Marvel), Jeff Pinkner (Lost, The Dark Tower), Nicole Riegel (Soldier Girls), Geneva Robertson (Atlantis, Tomb Raider) and Brian K Vaughan (Under the Dome, Lost).

There are definitely some big names on that list, and though many initially dismissed the idea as a crazy lark, this writing team definitely has me taking notice, and hoping that what may come will be the really good.

“Paramount and Hasbro have partnered on many successful films in the past, including the ‘TRANSFORMERS’ and ‘G.I. JOE,’ franchises,” said Brad Grey, Chairman and CEO of Paramount Pictures. “Bringing together a writers room of this caliber is a bold step for our partnership, and one that we believe is critical for building these brands into new, successful franchises for the future.”

“Together with Paramount, we have assembled a team of incredibly talented creative minds and storytellers to continue to help tell the rich history and narrative behind this interconnected cinematic universe, and we are thrilled to be working with Akiva Goldsman again to guide this process,” said Brian Goldner. “We are also excited to partner with Paramount to produce the films, as we’ve had a strong and collaborative partnership since our first Transformers movie in 2007.”

It will be interesting to see how Michael Bay fits into all of this, but considering G.I. JOE and Transformers both rely on big explosions and fighting, I expect we’ll see an adaptation of the IDW Publishing G.I. JOE vs Transformers series on the big screen first.