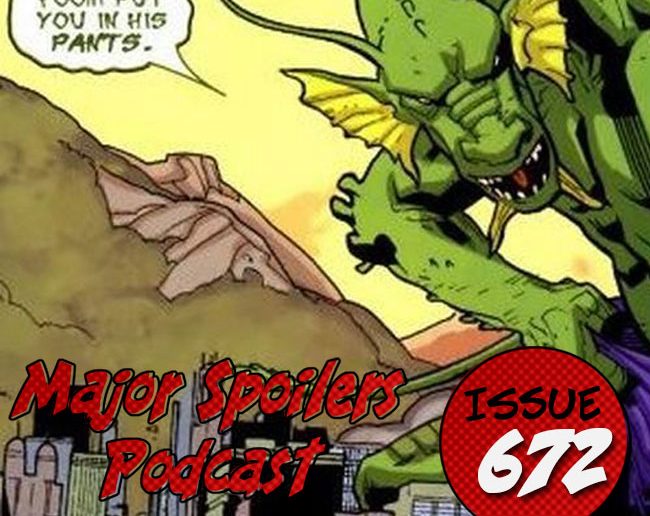 This week on the Major Spoilers Podcast: Because you demanded it – Nextwave: Agents of HATE! Plus, Rogue One, Suicide Squad, Voracious #3, Black Panther #1, and Heartthrob #1 all go under the microscope for your listening pleasure.

[Movies] Suicide Squad is ready for a ballroom blitz

[Movies] First trailer for Star Wars Rogue One is here

REVIEWS
STEPHEN
BLACK PANTHER #1
Writer: TA-NEHISI COATES
Artist: BRIAN STELFREEZE
The indomitable will of Wakanda — the famed African nation known for its vast wealth, advanced technology and warrior traditions — has long been reflected in the will of its monarchs, the Black Panthers. But now, the current Black Panther, T’Challa, finds that will tested by a superhuman terrorist group called The People that have sparked a violent uprising among the citizens of Wakanda. T’Challa knows the country must change to survive — the question is: will the Black Panther survive the change?

MATTHEW
HEARTTHROB #1
Writer: Christopher Sebela
Artist Robert Wilson IV with Nick Filardi
Callie Boudreau hasn’t been herself lately. After a lifetime sidelined by illness, she’s rescued by a miracle cure in the form of heart transplant surgery, but the life she returns to doesn’t fit her anymore. Besides the morally questionable job, the crappy boyfriend and the crippling hospital bills, Callie finds herself developing new tastes, unfamiliar urges and a mouth like a sailor. As she balances what she has to do with what she wants to do, a mystery man shows up to teach her that instead of waiting for her new life, she should go out and steal it.

RODRIGO
Voracious #3
MAKING YOU DELICIOUS MEALS… ONE GOOD DINOSAUR AT A TIME! Nate gets a hunting partner. Starlee wonders why the bill for meat is so low. Maribel’s mental state takes a turn for the worse. The Sheriff starts to dig up Tony’s past. An actual use for T-Rex arms is revealed!

Major Spoilers Poll of the Week: Pick the Trade Edition

DISCUSSION: Nextwave: Agents of HATE
The Highest Anti-Terrorism Effort, or H.A.T.E. (a subsidiary of the Beyond Corporation©) put NE XTWAVE together to fight Bizarre Weapons of Mass Destruction. When NE XTWAVE discovers that H.A.T.E. and Beyond© are terrorist cells themselves, and that the BWMDs were intended to kill them, they are less than pleased. In fact, they are rather angry. So they make things explode. Lots of things. Starring Monica Rambeau (formerly Captain Marvel and Photon), Aaron Stack (Machine Man), Tabitha Smith (X-Force’s Meltdown), monster-hunter Elsa Bloodstone and The Captain!