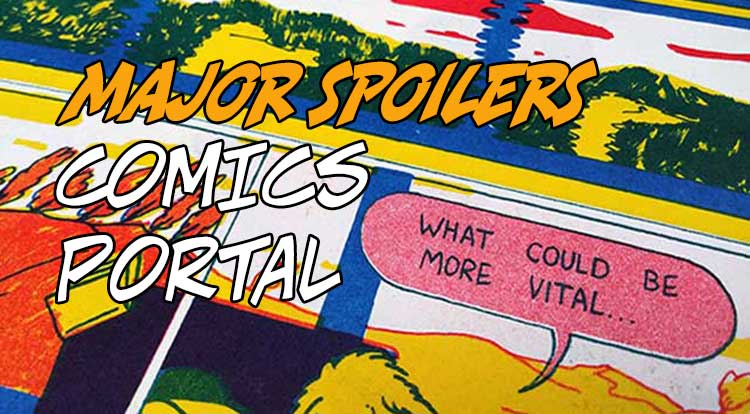 This past weekend, I had the pleasure of attending the SPACE (Small Press & Alternative Comics Expo) convention at the Northland Performing Arts Center in Columbus, Ohio. This was the 17th year it was held, and it featured a lot of comics NOT made by the bigger companies.

In fact, there were no “name” creators, but the place was filled with people in love with comics who created and produced their own books, films and artwork. When you consider that this event has been taking place for nearly two decades, that’s a LOT of great comics being made in that region and nearby. It was my first time there, though!

While the bigger comics producing companies dominate the industry, there are also creators who want to tell their stories even if they don’t fit in with the “big guys.” They make their own books, and they’re called a variety of different names, including “independent” or “indie” comics, “alternative,” “underground” or “creator-owned” depending on the situation or the content.

With the advent of computers, affordable printing costs, the Internet and crowdfunding websites like Kickstarter and Indiegogo, creators can now generate their own comics even if they have limited print runs and irregular schedules. After all, many of these folks have day jobs so they can pay for their passion in making comics!

A lot of these books were difficult to obtain in past decades because they weren’t sold in local comics shops. That’s something else that has changed, with many neighborhood stores supporting local creators by adding these books to their stands. Many shops have entire sections devoted to these comics nowadays. In fact, you’ll often find creators being invited to special events including signings at these locations, something the creators really appreciate because these help get the word out about their books.

I often wonder just how many great stories we missed reading because they were created before crowdfunding became so accessible. Sigh.

When I moved to Florida about two years ago, I was struck by the number of companies/groups in the state who were making comics at that time. This includes Think Alike Productions, Cosmic Times and Gateway City Comics, among others I just can’t recall at the moment. There are a great many individuals making his or her own comics as well, far too many to list here.
At first, I thought this was a situation unique to part of the United States, but events like SPACE are convincing me that indie comics are a nationwide phenomenon, if not taking place across the world.

Some evidence that leads me to think that includes the many creators I spoke with over the weekend who have connected with people across the country (some across the world) to get their projects completed to their satisfaction. FTP sites as well as instant messaging services have been tremendously helpful in making all this happen.

What’s also really great is that people who attended SPACE (and other events like it that I’ve attended) come looking specifically for Indie comics. Based on how conventions like this are advertised, people go to these events knowing that nearly every vendor/talent there is not what I call a “name” creator – someone comics fans might know if you mentioned his or her name.

If you ask a lot of the people who attended SPACE as I did, you’d find that a lot of those going there prefer Indie comics. After all, these folks can tell stories the “big guys” likely can’t, no matter what area you’re thinking of.

I understand. I mean, I love me my longjohns comics, but my reading diet craves other stories as well, be they from Image or Dark Horse or from other creators not under banners I’m completely familiar with.

After all, it’s the story that counts to me!

I remember speaking with two “name” creators at a recent New York Comic Con about their move from one of the bigger companies to one not quite so large. When I asked them why they were doing this, they responded, “We want the freedom to tell the stories WE want to tell.”

Consider that most comics, like many TV shows, have to return close to the place they were when the most recent issue started. Otherwise, if someone has to come in and pick up where that book left off, it’ll take time for significant research to get back to that place.

Of course, as I’ve mentioned previously in my columns and podcast episodes, I’m helping out my friend Richard Rivera as he creates his Indie comics Stabbity Bunny and Wild Bull and Chipper, so I’m sensitive to this topic. Other Indie creators have become good friends as well, and we all share the hunger for something new, something different. Hence the desire to do whatever it takes to tell the stories bubbling inside.

The folks at SPACE did a great job, but I do have a couple of quick suggestions for next year. If you have an L-shaped convention floor, you really should put up signs so people know where the vendors who are NOT in the place you first discover when you come in can be found. I’d suggest that most, but also find a way to help people who don’t have a card-swiper so they aren’t limited to taking cash. That would probably increase sales a lot.

Finally, I want to give a shout-out to the guys at the Canned Air Podcast, a tribute to comics and pop culture that comes from the Columbus area. Jeramy Kahle, Jack Dougherty and Jake Runyon made the aforementioned Richard and me feel welcome – they were great hosts, even with the crazy April snow! Be sure to give their podcast a listen, and you just might become as big a fan as I am!