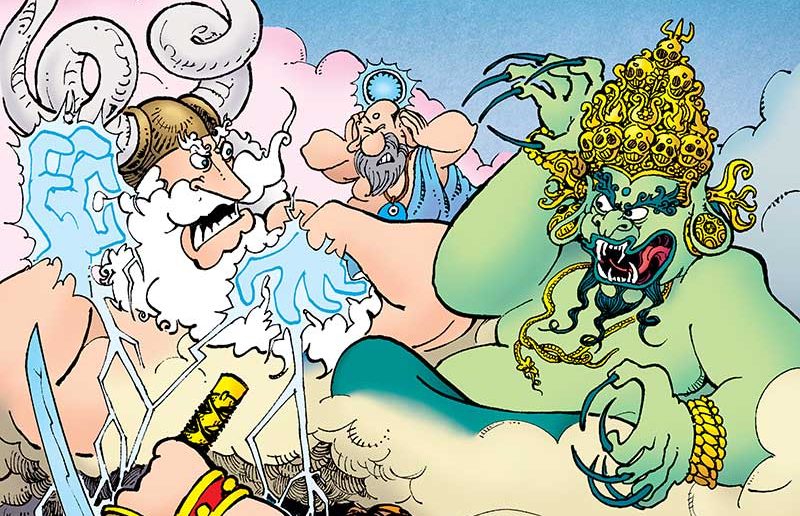 [ECCC’16] Groo gets a maxi-series at Dark Horse

Dark Horse Comics has announced Groo will get a twelve issue maxi-series by Sergio Aragones and Mark Evanier.

The gods did not bless Groo with brains, only with the ability to battle. Now, they themselves are in conflict over the spirit and future of mankind…and it is Groo who becomes the pawn (unwitting, of course) in their war. If the future of humanity depends on the Wanderer—we’re all in a lot of trouble.

One thing I did not know about the series is that Stan Sakai will do the lettering on the series.