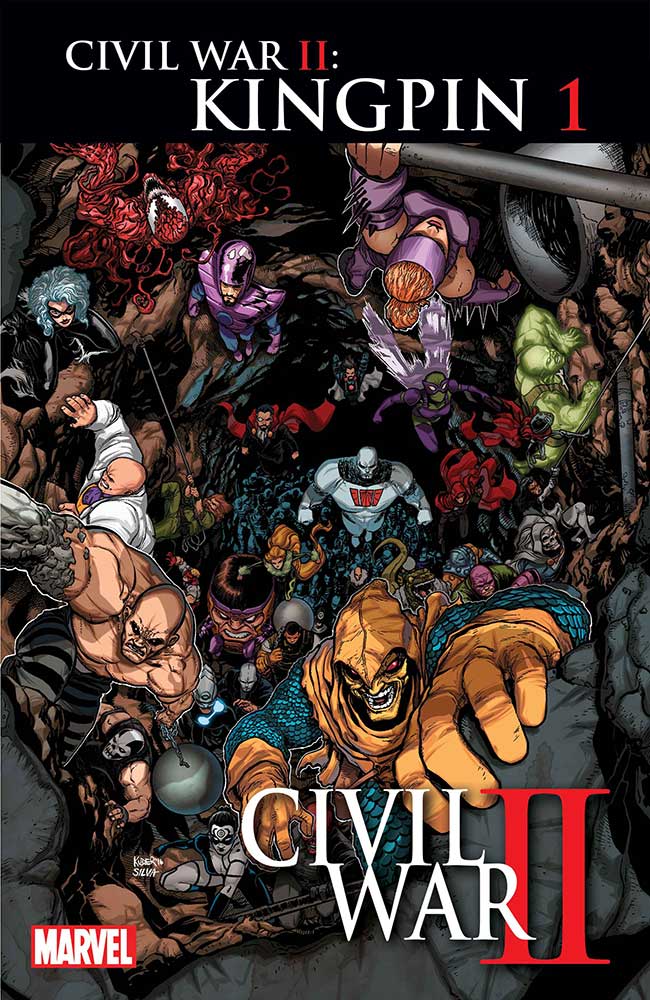 [Solicitations] The Kingpin gets involved in Civil War II

Whose side is Wilson Fisk on? When Civil War II breaks out, the Kingpin is going to make his big move in Civil War II: Kingpin #1.

CIVIL WAR II: KINGPIN #1 (of 4)
Written by MATTHEW ROSENBERG
Art by RICARDO LOPEZ ORTIZ
Cover by AARON KUDER
Variant Cover by ESAD RIBIC
“Wilson Fisk is an opportunist, first and foremost,” says Rosenberg in an interview with Marvel.com. “Under his selfish motives, his brutal exterior, or even the façade he puts up as a pillar of his community, he is a man who sees ways to benefit himself and he takes them.“

“The new Civil War will provide him a unique opportunity. He is a Civil War profiteer.”

What secret is Fisk keeping that’s kept his house of cards from tumbling down? More importantly – what will happen when that secret gets out? Don’t miss CIVIL WAR II: KINGPIN #1 when it comes to comic shops and digital devices this July!