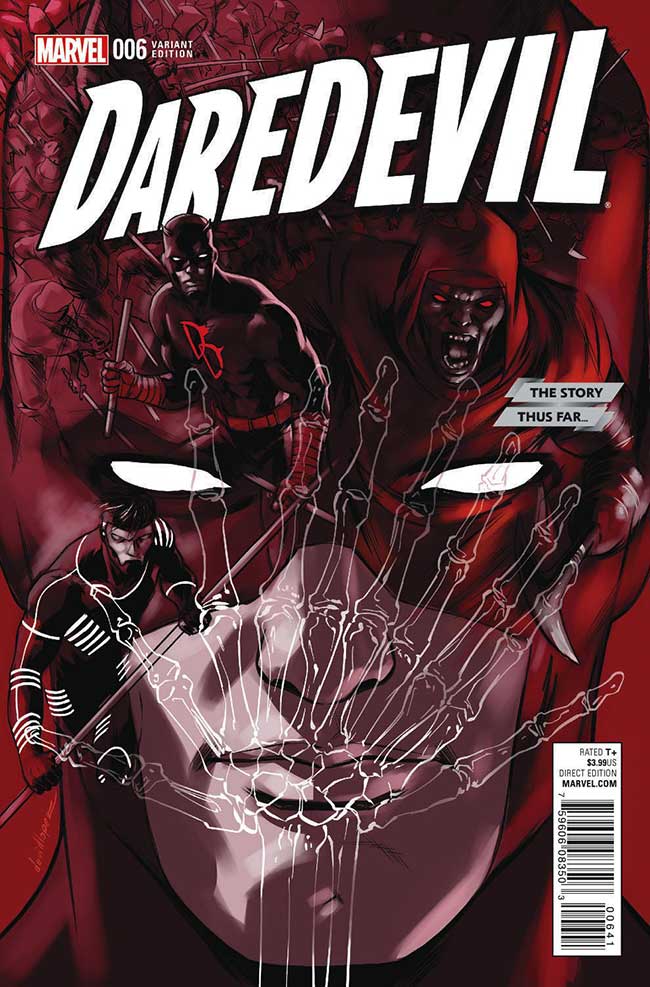 [Preview] Your first look at Daredevil #6

Electra strikes in Daredevil #6 and Major Spoilers has a sneak peek, after the jump!

DAREDEVIL #6 (FEB160893)
Written by CHARLES SOULE
Art by MATTEO BUFFAGNI
Cover by BILL SIENKIEWICZ
Classic Variant by BOB MCLEOD (FEB160894)
Story Thus Far Variant by DAVID LOPEZ (FEB160895)
Civil War Variant by PASQUAL FERRY (FEB160896)
Matt Murdock may have somehow managed to hide his identity from the rest of the world, but there are some pieces of his past he cannot escape. This April, the past comes back to haunt him in DAREDEVIL #6 – the exciting first chapter of the new storyline “Elektric Connection”! Writer Charles Soule and guest artist Matteo Buffagni bring the fury of an assassin scorned to the choked streets and smoky rooftops of Hell’s Kitchen. Elektra is back and she’s got a score to settle with the Man Without Fear! As these once lovers battle across the Big Apple, Daredevil may rue the day he ever crossed paths with Elektra. The fireworks begin this April as “Elektric Connection” kicks off in DAREDEVIL #6!