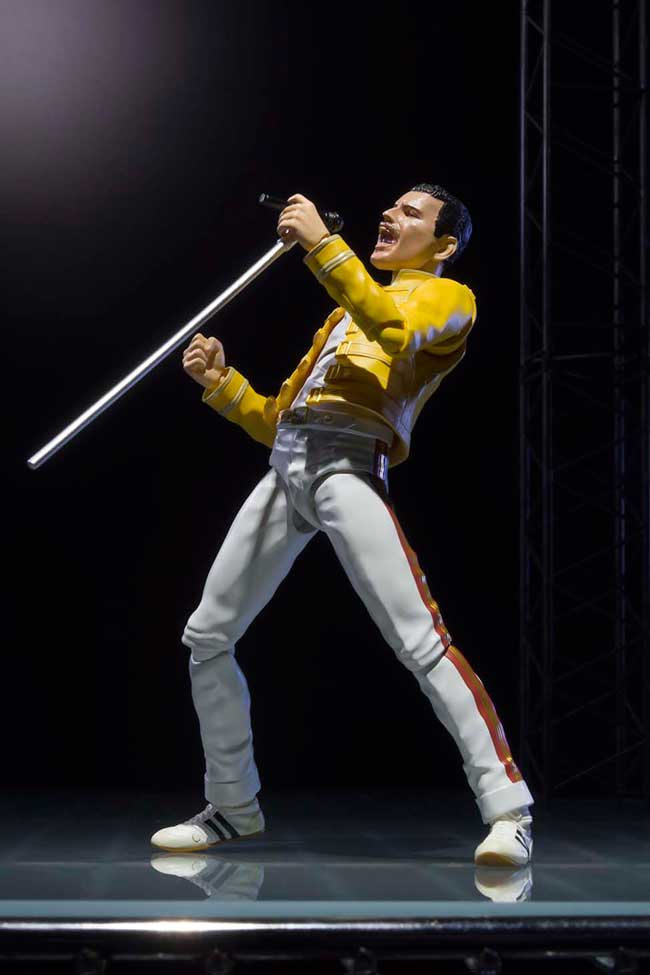 The next time you want to belt out We are the Champions, consider adding this Freddie Mercury action figure to your shelf first, so you can remember how great you are not.

Freddie Mercury is one of rock and roll’s greatest singers and front men. Widely known for his flamboyant style, stage moves and powerful voice, Mercury wrote and performed a variety of hit songs for Queen including “Bohemian Rhapsody,” “Crazy Little Thing Called Love,” “Don’t Stop Me Now,” “Killer Queen,” “Somebody to Love,” and “We Are the Champions.” Mercury had an astounding vocal range and has been consistently voted one of the greatest singers in the history of pop and rock music. With an MSRP of $59.99, this super detailed figure is certainly worth the price.