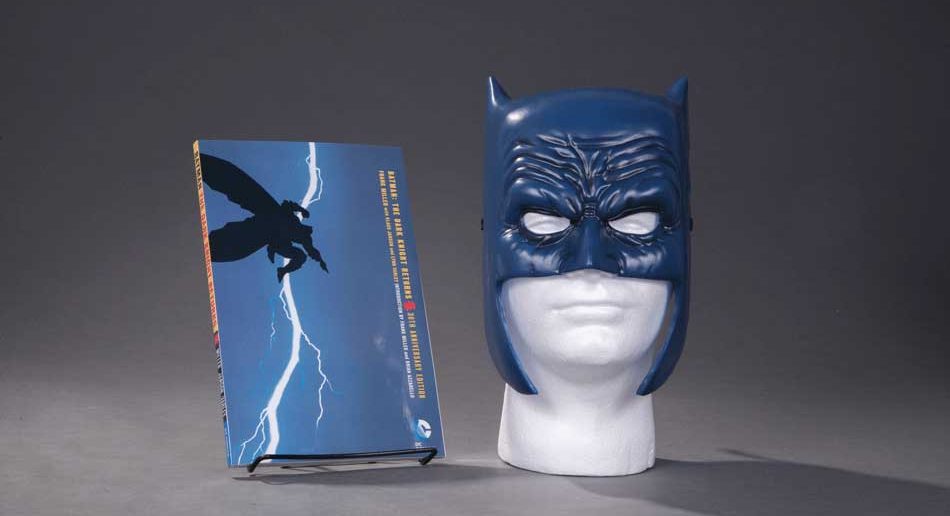 DC Entertainment has announced several collections coming our way, and one of them let’s you become the hero you need.

The Batman: Court of Owls and Deathstroke book/mask set have been very popular over the last couple of years, appearing at comic book conventions and store shelves, and allowing fans to decorate their nerd rooms of doom to the extreme. Now DC has announced two new collections for Harley Quinn and The Dark Knight Returns. The Harley Quinn book and mask set includes a highly detailed PVC mask plus a copy of the HARLEY QUINN VOL 1: HOT IN THE CITY Trade Paperback, collecting issues #0-8 of her smash hit series. The Batman: Dark Knight Returns book and mask set will be on sale October 5th for $39.99. Then, in September, DC Entertainment will release a box set that includes the first three volumes of Scott Snyder and Greg Capullo’s run on Batman. That collection will arrive on September 7th, and has a SRP of $49.99.

I do have the Court of Owls mask, because it does look so cool hanging on the wall,  and I’m on board with the Batman mask, even if it is only covers half your face, as it takes me back to the good ol’ days where Halloween costumes, and cheap elastic bands made for great memories (and lots of skin pinching), but the Harley Quinn mask, kind of scares me.