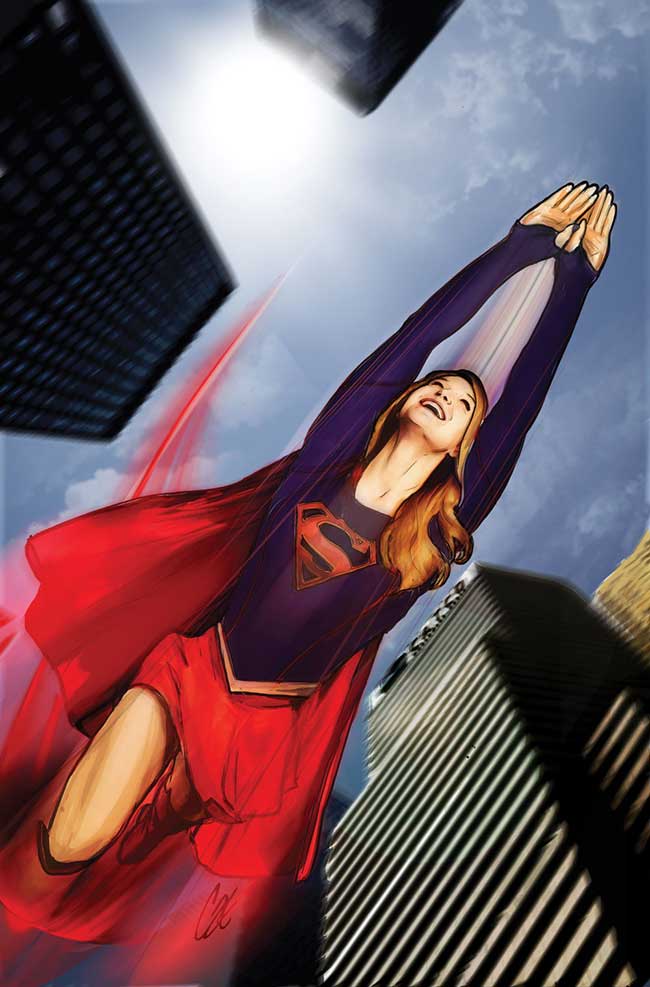 Earlier this week, the Major Spoilers podcast had a chance to talk with Sterling Gates, the writer of the Adventures of Supergirl digital first series. Today, DC Entertainment has announced it is releasing the series in print form beginning in May.

Paralleling but not duplicating storylines from the Monday night TV show, The Adventures of Supergirl introduces fans to Kara Zor-El, who is determined to grow into the super-hero her powers promise. But are dark forces pushing her to improve faster than is safe? As Supergirl faces classic DCU villains like Rampage, Vril Dox and Psi, she’s got no reason to suspect that their attacks have been coordinated, but when the final battle comes to a head, she’ll need to use all of her training, her DEO contacts, her friends’ talents and her sister’s love and support to get through it all!

The Adventures of Supergirl will be released as a six-issue mini-series beginning May 11th, 2016. The series will come out twice monthly, and have a $2.99 cover price.

We have also reviewed several of the digital issue on the Major Spoilers podcast, and the series is worth checking out.