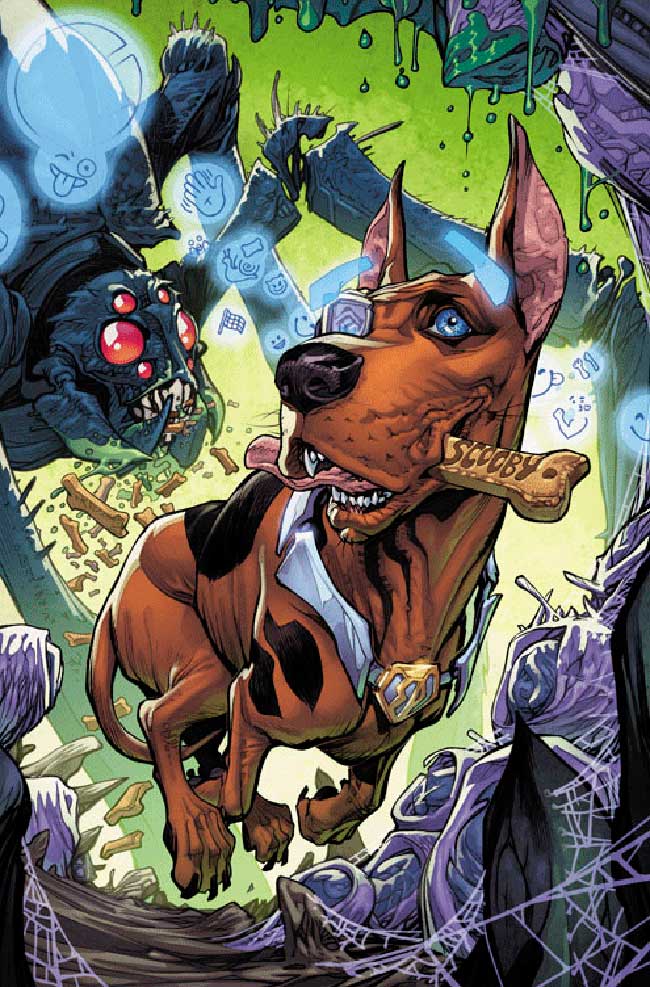 Ready for Future Quest and Scooby-Doo Apocalypse? I know I’m at least interested in seeing what all the buzz is about. DC Entertainment released some of the variant covers ahead of the May release, and I’ll admit they have me even more interested in the books.

On sale May 18, Future Quest features stories by Jeff Parker (Batman ’66, Justice League United) with art by Evan “Doc” Shaner (Justice League: Darkseid War: Green Lantern). This series takes teenage adventurer Jonny Quest and the classic Hanna-Barbera action heroes into a whole new dimension! Future Quest will ship with a total of four variant covers (in addition to the standard cover by Shaner) and we’re premiering two of them today. Steve Rude gives us his fantastic depiction of Jonny Quest and his pal Hadji, while Bill Sienkiewicz delivers an awesome rendition of Space Ghost, Jan, Jace and their mascot Blip, against a backdrop of his arch-nemeses, Brak and Zorak!

On May 25, Scooby-Doo, Shaggy, Daphne, Velma and Fred are at it again, solving the mystery behind a nanite-infected world in Scooby Apocalypse. It’s monsters, mayhem and madness from co-writers Keith Giffen (Sugar & Spike, Legends of Tomorrow anthology) and JM DeMatteis, with art by Howard Porter (Superman). In addition to the standard cover by veteran artist Jim Lee, we’re showing off the first of four variant covers that will be available on May 25, Scooby-Doo (complete with Scooby Snack) by Howard Porter, and mystery hunter Fred Jones from legendary artist Neal Adams.

There will be more variants announced by DC soon, but really, I’m happy with what I’m seeing already.

PREVIEW: The Joker: The Man Who Stopped Laughing #5