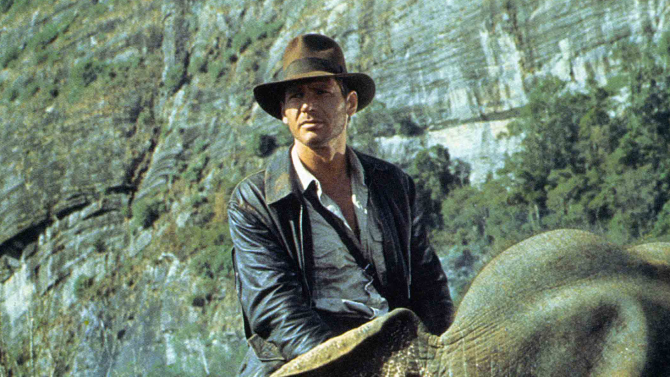 No Merchandising. Editorial Use Only. No Book Cover Usage. Mandatory Credit: Photo by Moviestore/REX/Shutterstock (1591677a) Indiana Jones And The Temple Of Doom, Harrison Ford Film and Television
Disney

By Stephen Schleicher on March 15, 2016 1 Comment
No Merchandising. Editorial Use Only. No Book Cover Usage. Mandatory Credit: Photo by Moviestore/REX/Shutterstock (1591677a) Indiana Jones And The Temple Of Doom, Harrison Ford Film and Television

Disney announced today that Harrison Ford and Steven Spielberg are returning for a fifth Indiana Jones movie, that is scheduled to arrive on July 19, 2019.

With the magic that is Star Wars, it makes sense that Disney would continue to utilize Lucasfilm properties to line their pockets, and with Harrison Ford and Steven Spielberg on board, it looks like sunny skies and rabbits in pots for everyone.

“Indiana Jones is one of the greatest heroes in cinematic history, and we can’t wait to bring him back to the screen in 2019,” said Alan Horn, Chairman, The Walt Disney Studios. “It’s rare to have such a perfect combination of director, producers, actor and role, and we couldn’t be more excited to embark on this adventure with Harrison and Steven.”

Notice that there is nothing about George Lucas in the Disney statement. Lucas is credited for coming up with the story for Indiana Jones and the Kingdom of the Crystal Skulls, which soured many on the Jones franchise. At this time there is no word on on Shia LaBeauf’s return, or anything regarding the rumor about Chris Pratt.

Kathleen Kennedy and Frank Marshall will produce the movie.

Still, Harrison Ford as Indiana Jones in one more film should be (and hopefully will be) better than the last adventure.