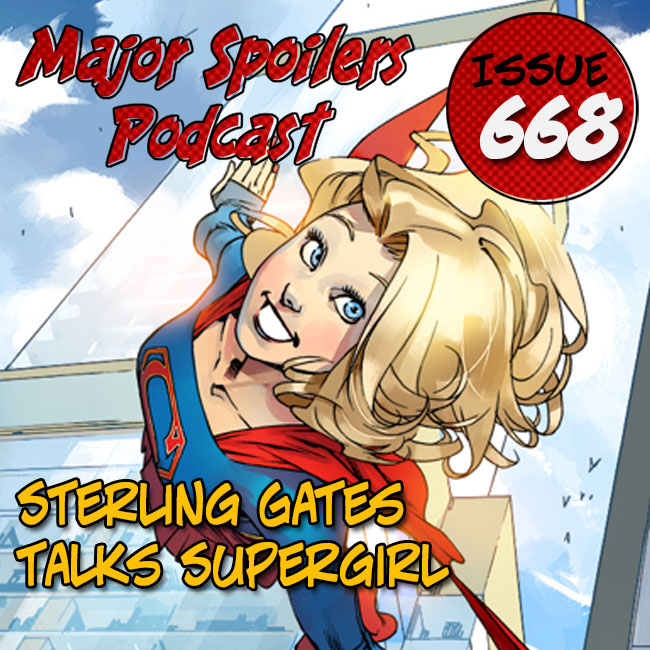 This week on the Major Spoilers Podcast: Sterling Gates talks Supergirl, and we talk the return of Indiana Jones! Plus, Hellboy and the BPRD 1953, Una the Blade, Lords of the Jungle, and Saber Riders and the Star Sheriffs!

NEWS
Indiana Jones is back with Speilberg and Ford

REVIEWS
STEPHEN
Lords of the Jungle #1
Writer: Corinna Bechko
Artist: Roberto Castro
Publisher: Dynamite Entertainment
Tarzan has long been the protector of his jungle stronghold, but this time the fight has to be taken to his enemy's territory, deep in the heart of London. Half a world away and nearly a century later, Sheena is battling foes of her own when she is mysteriously swept through time and space to 1930's Africa, leaving her own land unprotected. Will these two Lords of the Jungle find enough common ground to join forces? Or will the resulting culture clash lead to mutual destruction?

MATTHEW
SABER RIDER AND THE STAR SHERIFFS
Writer: Mairghread Scott
Artist: Sendol Arts
Publisher: Lion Forge Comics
Back in the 1980s animation explosion, few cartoons stood taller than the tech-heavy Japanese imports that led to timeless classics like Voltron. That particular team also made a nostalgic few seasons of gloriously cheesy excitement called Saber Rider and the Star Sheriffs, a sci-fi/western genre mashup with its own giant transforming robot voiced by Peter Cullen (better known to us as good old Optimus Prime!). For those of us who remember Saber Rider there’s always a big, “I remember that!” moment when it resurfaces. And for those who don’t, it’s an undiscovered gem of cereal-chomping Saturday morning fun.

Suburbia is torn apart when Hellboy faces off against a bizarre creature, while the BPRD tries to uncover who created such a monster—and why.

ASHLEY
UNA THE BLADE VOL 1
Una the Blade: A graphic novel about a barbarian single-mom on a dying Earth.
Created and written by Steve LeCouilliard. "In the far distant future, the earth is dying. On the last remaining continent, magic and technology are one. Humanity’s descendants have evolved to fill an ecosystem decimated by mass extinctions. A warrior woman with two young children struggles to survive against horrific sorcery and fanatical belief. With an uncanny talent for the sword and the friendship of a vengeful sorceress, Una the Blade will defy an empire and make war on the gods themselves."
[rating 5/5]