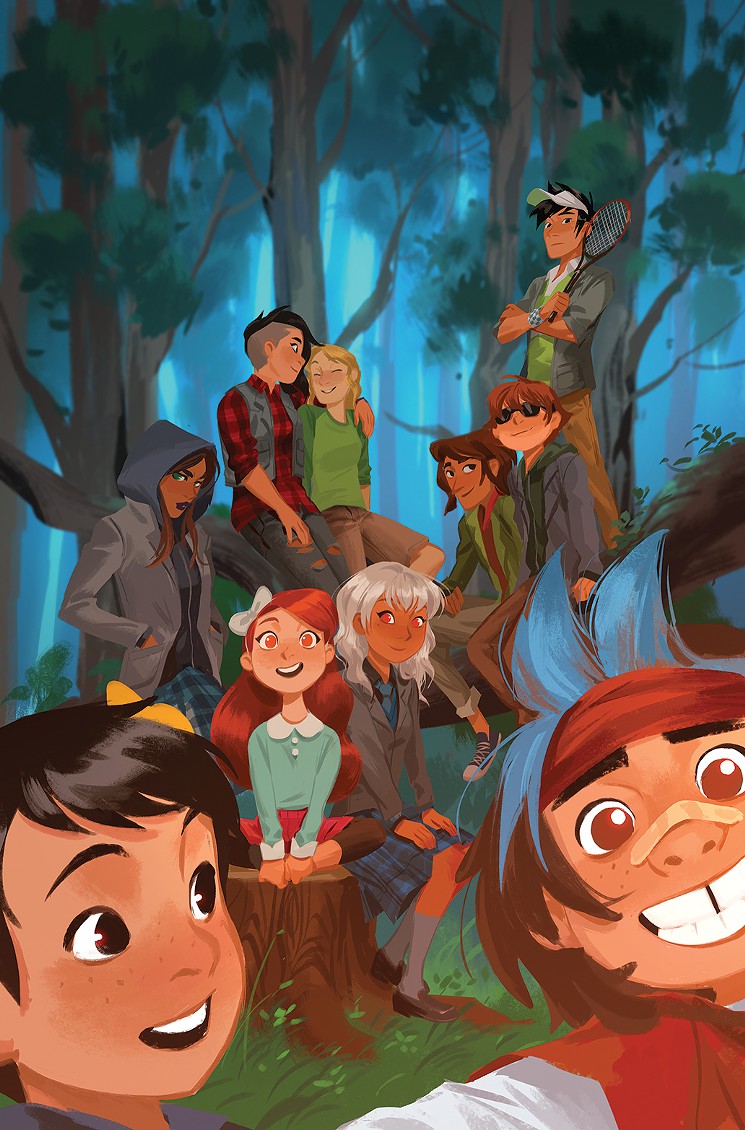 I double checked my calendar twice, and this is no April Fool’s joke. DC Comics and BOOM! Studios will have characters from Gotham Academy meeting the Lumberjanes in June!

Lumberjanes and Gotham Academy both have a rabid following (including more than half of the Major Spoilers team), and this news is the kind of thing that makes you feel like you’ve won the lottery – minus the gobs and gobs of money part. This isn’t some disappointing one-shot, where Spawn ends up with a batarang through his face, the Lumberjanes/Gotham Academy crossover will be a six-issue mini-series that will take us right into the holiday season.

UPDATE FROM THE PRESS RELEASE: The six-issue series will be written by Chynna Clugston-Flores (Blue Monday) and illustrated by Rosemary Valero-O’Connell (Lumberjanes). The main cover, revealed today, is illustrated by Mingjue Chen (Gotham Academy).

Needless to say, I’m excited for this to arrive!