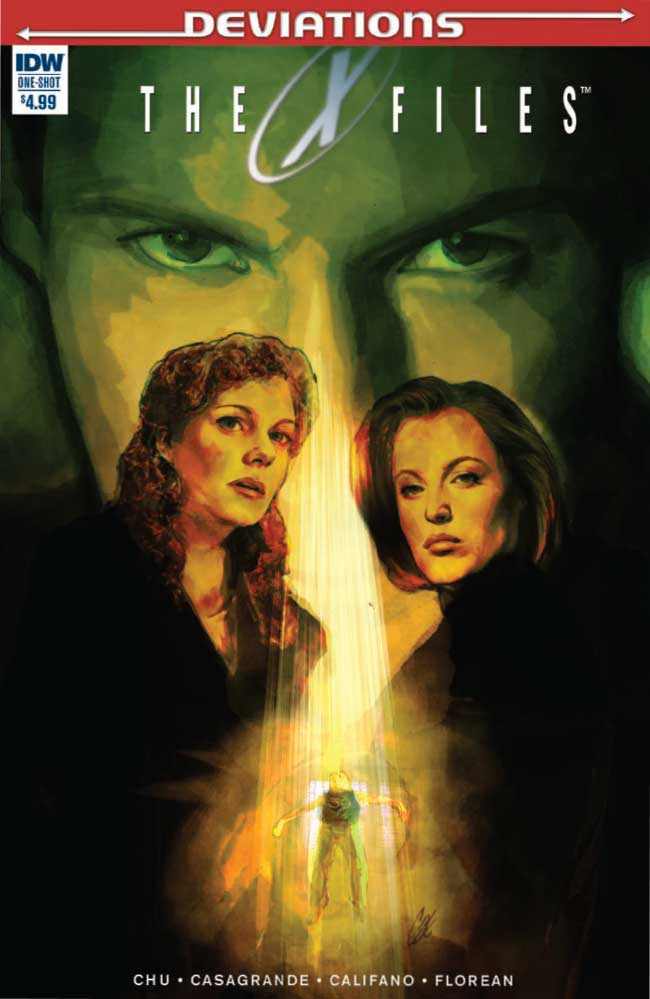 The X-Files revival is over, but the adventures live on in the pages of X-Files Deviations One-Shot from IDW Publishing.

X-Files Deviations One-Shot—GEM OF THE MONTH
Amy Chu (w) • Elena Casagrande & Silvia Califano (a) • Cat Staggs (c)
In a world where young Fox Mulder was abducted by aliens and never returned, another Mulder takes up the crusade against deception! Meet Samantha Mulder, a believer who won’t stop until she finds out the truth about her brother!
FC • 40 pages • $4.99