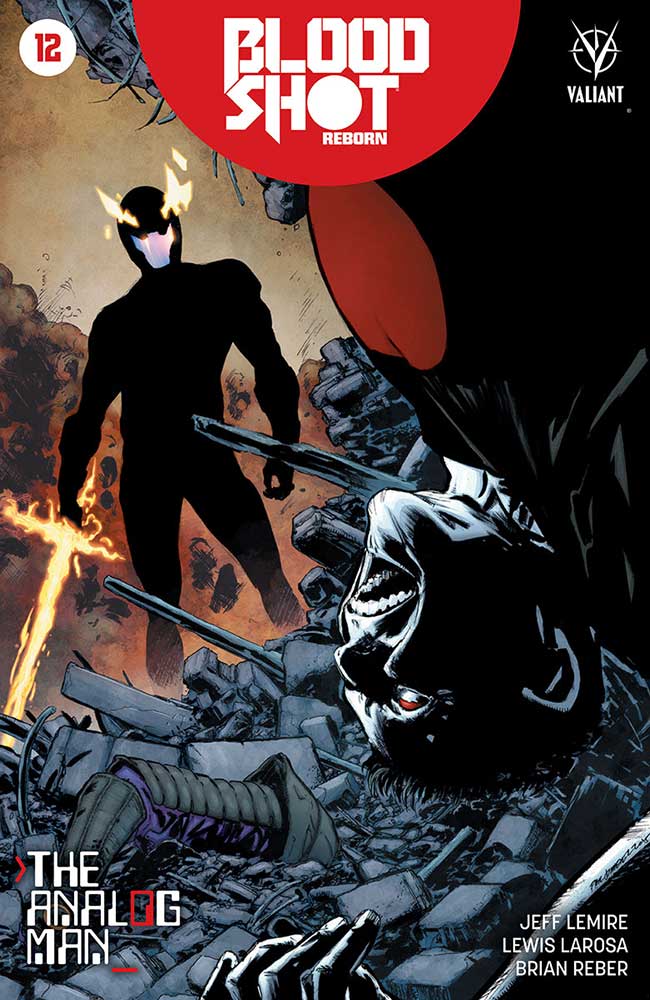 [First Look] Here is your first look at Bloodshot Reborn #12

BLOODSHOT REBORN #12 (“THE ANALOG MAN” – PART 3)
Written by JEFF LEMIRE
Art by LEWIS LAROSA
Cover A by RYAN BODENHEIM (FEB161896)
Cover B by PHIL JIMENEZ (FEB161897)
Cover C by JEFFREY VEREGGE (FEB161898)
Variant Cover by TULA LOTAY (FEB161899)
Variant Cover by ROBERTO DE LA TORRE (FEB161900)
$3.99 | 32 pgs. | T+ | VALIANT PRESTIGE
Motivated by the latest in a never-ending barrage of tragedies, Bloodshot is teaming with his old friend and ally, Ninjak, to take down the marauding bands of Shadowmen that roam the landscape and the deadly X-O Manowar armor-drones that fly high above it. But Bloodshot is not the technologically advanced warrior he once was… Can he overcome the onslaught of Los Angeles’ bleeding-edge “goo-tech” defenses that assault him at every turn? And just who is the Man in the White Tower…and how he is responsible for this extraordinarily dangerous world of tomorrow?