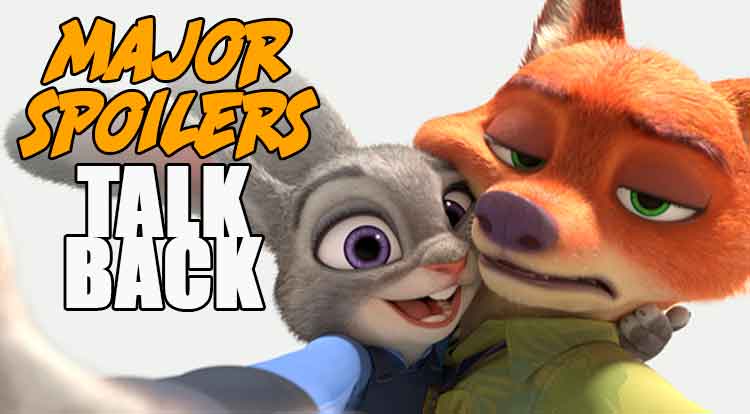 This weekend, Walt Disney Animation Studios released Zootopia on the world, and the box office responded with ticket sales that broke Frozen’s 2013 $67.4 million debut. The feature films take on bias and stereotypes was well received by everyone at the Major Spoilers HQ, and many Spoilerites gave their thumbs up as well.

From the largest elephant to the smallest shrew, the city of Zootopia is a mammal metropolis where various animals live and thrive. When Judy Hopps (Ginnifer Goodwin) becomes the first rabbit to join the police force, she quickly learns how tough it is to enforce the law. Determined to prove herself, Judy jumps at the opportunity to solve a mysterious case. Unfortunately, that means working with Nick Wilde (Jason Bateman), a wily fox who makes her job even harder.

Did you see the movie? Here’s your chance to weigh in on Disney’s latest animated movie!