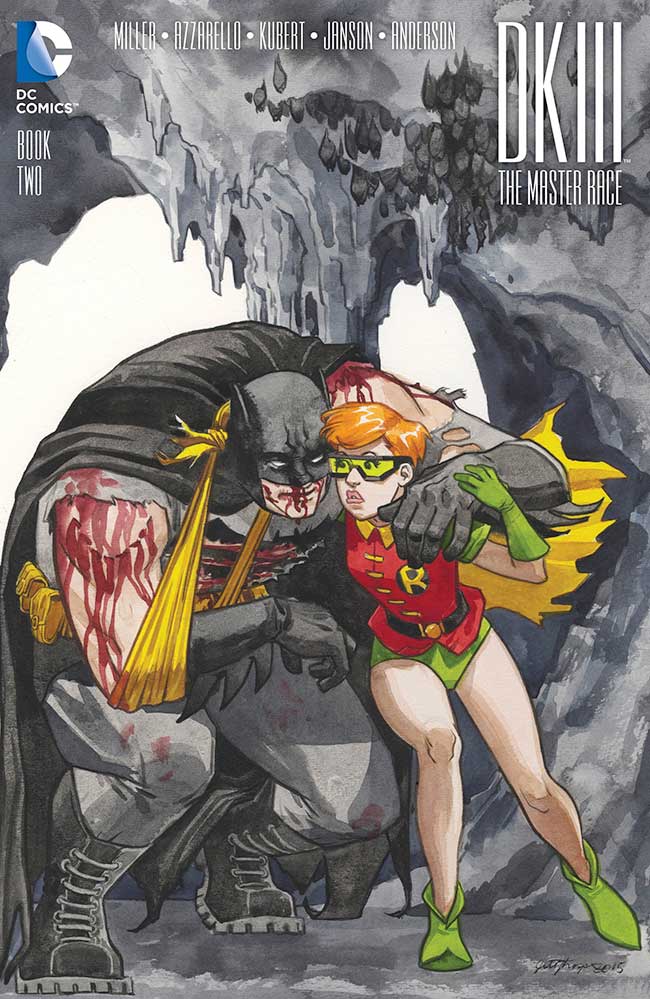 DC Entertainment will have a lot to talk about WonderCon 2016, when the convention kicks off on March 25th; Rebirth, creators, signings, and new variant covers that are exclusive to the show!

Co-written with Brian Azzarello with art by Andy Kubert and Klaus Janson, DARK KNIGHT III: THE MASTER RACE pits Batman, Carrie Kelley, Superman and Wonder Woman against a renegade priest and his maniacal followers from the newly-restored city of Kandor! The first three issues will be available for sale during WonderCon, each with its own unique variant cover and selling for $15 each.

The issue #1 variant cover features art by Howard Porter (SUPERMAN, JUSTICE LEAGUE 3001). Issue #2 features cover art by Jill Thompson, while issue #3 includes a variant cover by Paul Pope. And if you’ve ever wanted your own one of a kind Dark Knight III cover from your favorite Bat-artist, then you’re in luck; DARK KNIGHT III: THE MASTER RACE issue #1 will be available for $10, with a blank sketch cover you can take with you to artists’ alley!

Another series of exclusive variant covers celebrates the upcoming feature film BATMAN v SUPERMAN: DAWN OF JUSTICE with variant covers for issues #50 of SUPERMAN, BATMAN AND WONDER WOMAN. Each sells for $10, and features a photo cover of each of the three principal actors in the film, Henry Cavill (Superman), Ben Affleck (Batman) and Gal Gadot (Wonder Woman).

If you are a variant collector and want to get your hands on these, you’ll need to make your way to the Graphitti Designs booth (#1403), during the show that runs from March 25-27, 2016.