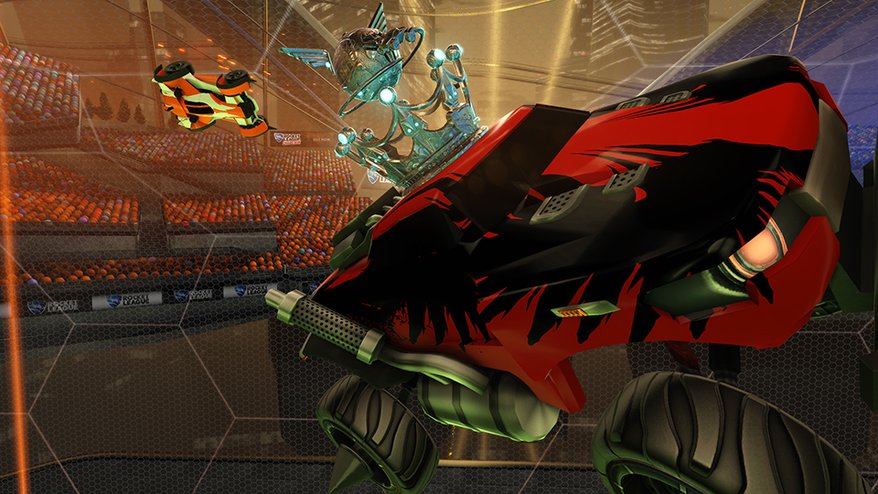 Here’s one more esport competition that I’m totally not qualified for, the Rocket League Championship!

The announcement came from Psyonix who is teaming with Twitch to bring the competition series to fans around the world.

“From the moment we hit the pitch last July, we knew that Rocket League was a legitimate esport,” says Jeremy Dunham, Vice President, Psyonix. “Twitch and its streamers have been an instrumental part of our success since we launched last July, and that made them a perfect match for us. We couldn’t be more thrilled to be working with a team that we respect as highly as we do Twitch, and we can’t wait to show the world what we can do in esports together!”

The Boy (age 8) is super excited about this announcement and wants to sign up when registration begins on March 25th. The three-month season has a total cash prize of $75,000. Though we are currently playing Rocket League on the Xbox One, the Rocket League Championship series will be played on Playstation 4 and Windows PC systems, though other systems may be added later.

I’m curious how many of our Spoilerites play Rocket League, and how many of you are good enough to enter this competition. Use the comment section below, and if you do enter the championship as a team, let us know as we want to cheer you on to victory!