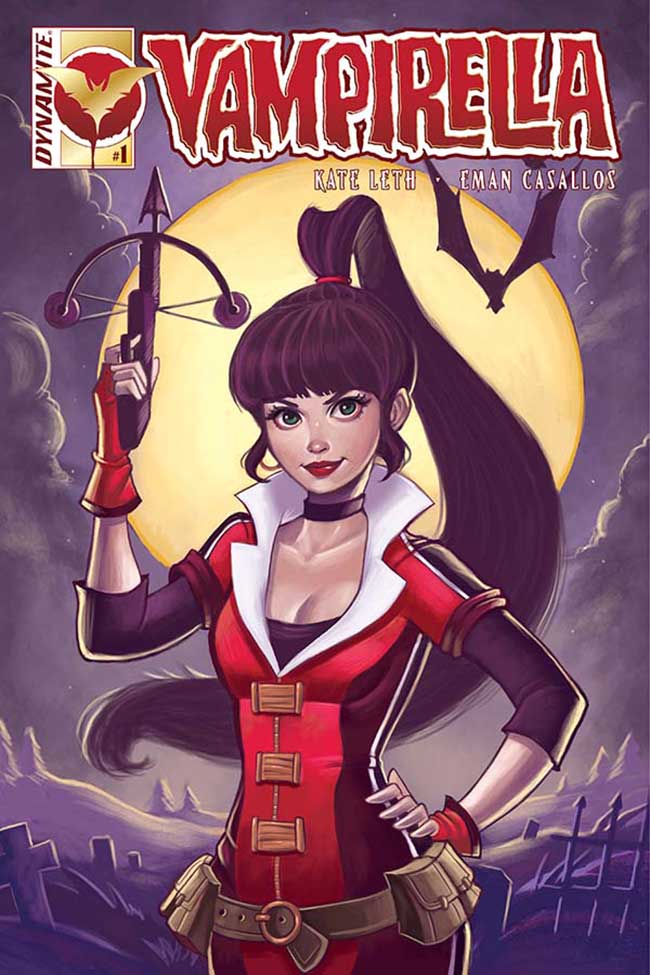 There’s a new Vampirella series launching this week from Dynamite Entertainment, and we have an early look at Vampirella #1 by Kate Leth and Eman Casallos, after the jump!