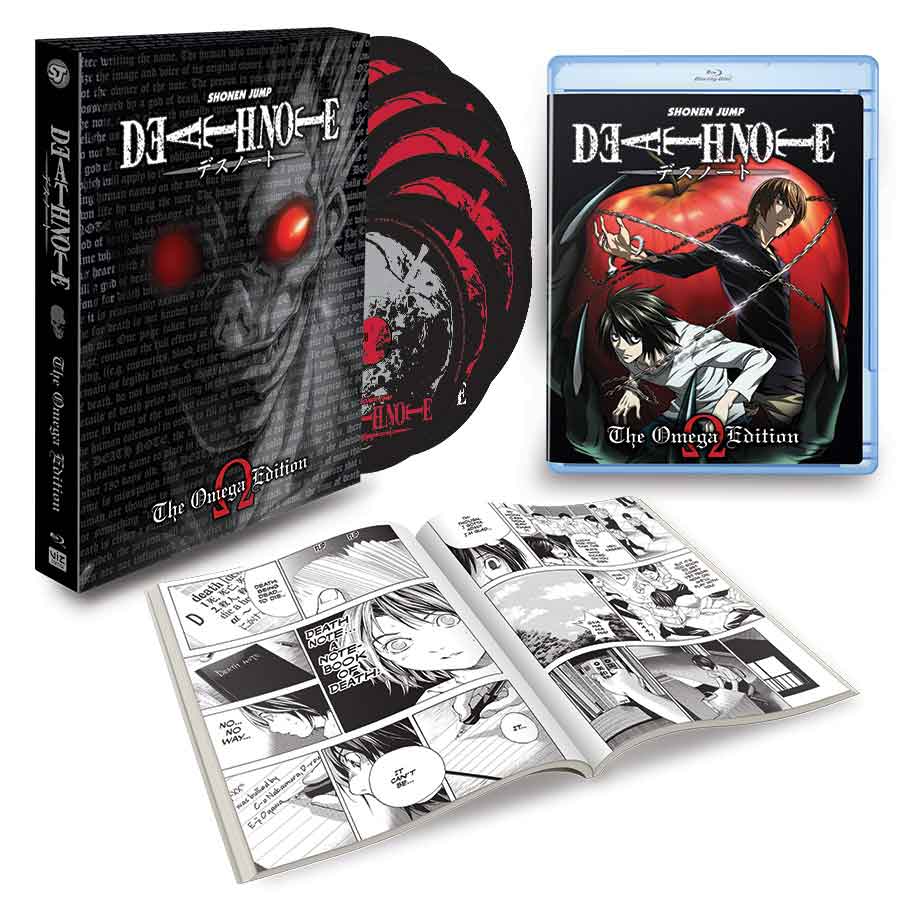 VIZ Media, LLC (VIZ Media), the largest distributor and licensor of manga and anime in North America, announces a new release of one of the anime genre’s greatest series with the debut of DEATH NOTE COMPLETE SERIES on Blu-ray on March 1st.

The edgy supernatural crime thriller is based in the groundbreaking DEATH NOTE manga series written by Tsugumi Ohba and illustrated by Takeshi Obata (and published by VIZ Media; rated ‘T’ for Teens). VIZ Media’s DEATH NOTE Blu-ray home media releases will be available as a Standard Edition and also as an “Omega” Limited Edition, a definitive collection containing the complete 37-episode series along with 2 DEATH NOTE anime feature films. The Standard Edition and Omega Limited Edition each contain three hours of additional bonus content including interviews with the DEATH NOTE manga creators and behind-the-scenes footage of the English and Japanese voice cast.

In DEATH NOTE, Light Yagami is a genius high school student who is about to learn about life through a book of death. When a bored shinigami, a god of death, named Ryuk drops a black notebook called a Death Note, Light receives power over life and death with the stroke of a pen. Determined to use this dark gift for the best, Light sets out to rid the world of evil – namely the people he believes to be evil. Should anyone own such power? The consequences of Light’s actions will set the world ablaze.

For additional information on DEATH NOTE or other anime and manga titles distributed by VIZ Media, please visit www.VIZ.com.