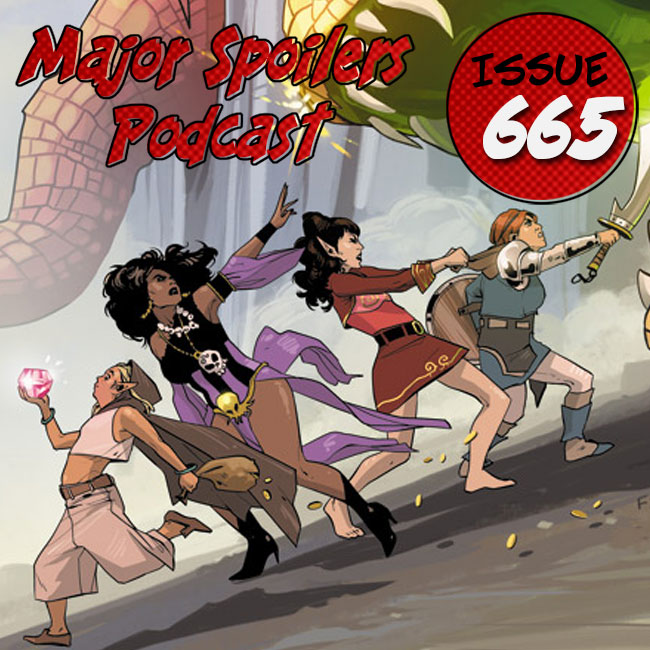 This week on the Major Spoilers Podcast: Our first reactions to #rebirth, our love for Rat Queens, The Adventures of Supergirl #3, Justice League: Cosmic Clash, The Muppets on ABC, and Squadron Supreme #4.

[Rebirth] Rebirth #1 to contain the most controversial scene ever?

REVIEWS
STEPHEN
The Adventures of Supergirl (2016-) #3
Writer: Sterling Gates
Artist: Bengal
Rampage is about to take her revenge on Kara Danvers-but can Supergirl count on her sister to save the day?

RODRIGO
THE MUPPETS
The Muppets is an American television comedy series that premiered on September 22, 2015 on ABC. Co-created by Bill Prady and Bob Kushell, the series is produced by ABC Studios and The Muppets Studio, with Randall Einhorn and Muppet performer Bill Barretta serving as executive producers alongside Prady and Kushell.

The series is set in Los Angeles and depicts the everyday personal and professional lives of The Muppets during production of Up Late with Miss Piggy; a fictional late-night talk show starring Miss Piggy and airing on ABC after Jimmy Kimmel Live!. The Muppets serves as a parody of other mockumentary-style series, such as Modern Family, Parks and Recreation and The Office, by employing the same single-camera setup filming style with the implication of a documentary crew filming everyone.

ASHLEY
JUSTICE LEAGUE: COSMIC CLASH
The brilliant, hyper-obsessive-compulsive, super-computer Brainiac is combing the universe for new additions to his collection of worlds when he stumbles upon a ripe planet for his taking – Earth. But Brainiac quickly discovers Earth has a “firewall” – the Justice League. When Brainiac cleverly displaces several members of the Justice League to other time periods in Earth’s history, Batman, Flash and Cyborg must build and use the Cosmic Treadmill to race across time to retrieve their comrades – while members of the Legion of Super Heroes attempt to hold off Brainiac’s assault. Only time will tell in this battle for the fate of the Earth and the Justice League
[rating 5/5]

Major Spoilers Poll of the Week: The Parent Trap

DISCUSSION: RAT QUEENS VOLUME 1
Who are the Rat Queens? A pack of booze-guzzling, death-dealing battle maidens-for-hire, and they're in the business of killing all god's creatures for profit. It's also a darkly comedic sass-and-sorcery series starring Hannah the Rockabilly Elven Mage, Violet the Hipster Dwarven Fighter, Dee the Atheist Human Cleric and Betty the Hippy Smidgen Thief. This modern spin on an old school genre is a violent monster-killing epic that is like Buffy meets Tank Girl in a Lord of the Rings world on crack!