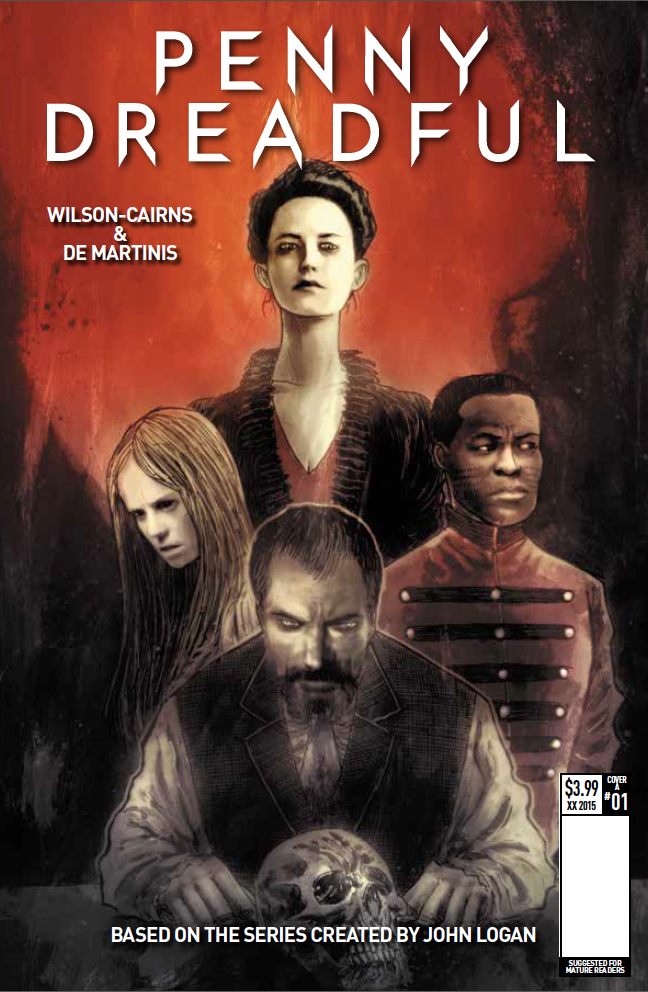 Titan Comics has announced it will take the popular television series, Penny Dreadful, and turn it into a comic book series penned by series scriptwriter Krysty Wilson-Cairns.  The publisher also sent us the six cover images for the first issue.

The hit TV series is presented in comics for the first time and the covers of issue #1 have been released! This prequel reveals the terrifying events that led Vanessa to try and find her missing childhood friend, Mina Harker, and exposes the true nature of the vampiric monsters infesting Victorian London. Beautifully realized by Louie De Martinis, and written by the scriptwriters of the hit show!