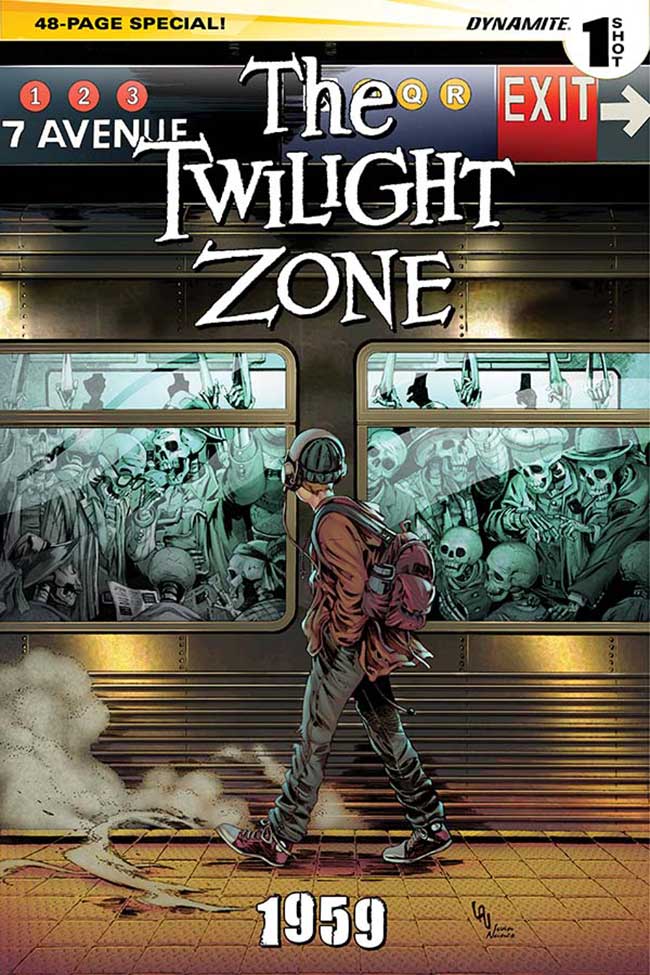 Twilight Zone: 1959 is 40 pages of goodness that is out this week. Take the jump for a sneak peek of the issue.

Twilight Zone: 1959
writers: Tom Peyer, Mark Rahner, John Layman
artists: Randy Valiente, Colton Worley
cover: Jonathan Lau
FC • 40 pages • $5.99 • Teen+
There is a fifth dimension beyond that which is known to man. It is a dimension as vast as space and as timeless as infinity. It is the middle ground between light and shadow, between science and superstition, and it lies between the pit of man’s fears and the summit of his knowledge. This is the dimension of imagination. It is an area which we call the Twilight Zone.
Journey back to where it all began! The year was 1959, The Twilight Zone took over the airwaves, and television was changed forever! Now, Dynamite has recruited three all-star writing talents to craft a unique Twilight Zone story paying homage to where it all began! Including the first Dynamite work by writer Tom Peyer, the return of John Layman, and a tale masterminded by Twilight Zone writer Mark Rahner! Three unique tales, each firmly set in that other dimension… the Twilight Zone!