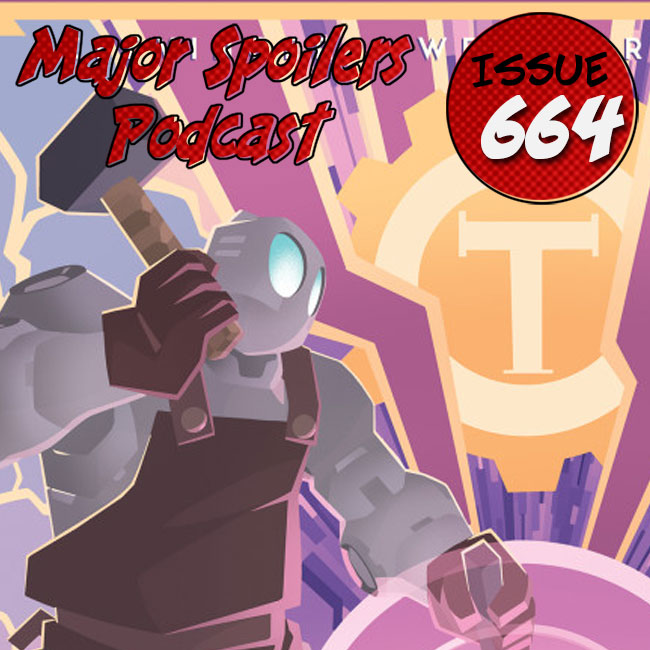 This week on the Major Spoilers Podcast: Brian Clevinger talks Atomic Robo, Tomb Raider #1, The Shield #2, Hellboy and the BPRD: !953 #1, and Jonsey #1 get reviewed. And what does the success of Deadpool mean for future superhero movies? We discuss that and much more in this week’s Major Spoilers Podcast.

REVIEWS
STEPHEN
TOMB RAIDER #1
Writer: Mariko Tamaki
Artist: Phillip Sevy
Publisher: Dark Horse Comics
Lara Croft is pursuing a lost truth about the world that just might unlock the secret to defeating death! She becomes entangled in a search for a rare mushroom said to grant immortality and a lethal new enemy that just won’t die!

MATTHEW
“THE SHIELD #2
Script: Adam Christopher and Chuck Wendig
Art: Drew Johnson, Ray Snyder, Al Barrionuevo, Rachel Deering, Kelly Fitzpatrick
“Daughter of the Revolution, Part 2” Running out of places to hide, the Shield discovers she is not without allies. Detective Nicole Simmons seems to know exactly who—and what—the Shield is, but with the enigmatic government agent Walter Chase closing the noose, the pair faces two difficult questions: why is the Shield back now… and whose side is she really on?
”

RODRIGO
“HELLBOY AND THE B.P.R.D.: 1953 – BEYOND THE FENCES #1
Writer: Mike Mignola, Chris Roberson
Penciller: Paolo Rivera
Inker: Joe Rivera
Publisher: Dark Horse Comics
A mysterious creature hunts the children of an idyllic suburban town, and the BPRD get more than they bargained for when their investigation begins to seem strangely familiar.

ASHLEY
“JONESY #1
Writer: Sam Humphries
Artist; Caitlin Rose Boyle
Jonesy is a self-described “”cool dork”” who spends her time making zines nobody reads, watching anime, and listening to riot grrrl bands and 1D simultaneously. But she has a secret nobody knows. She has the power to make people fall in love! Anyone. With anything. She’s a cupid in plaid. With a Tumblr. There’s only one catch—it doesn’t work on herself. She’s gonna have to find love the old-fashioned way, and in the meantime, figure out how to distract herself from the real emotions she inevitably has to face when her powers go wrong…”””