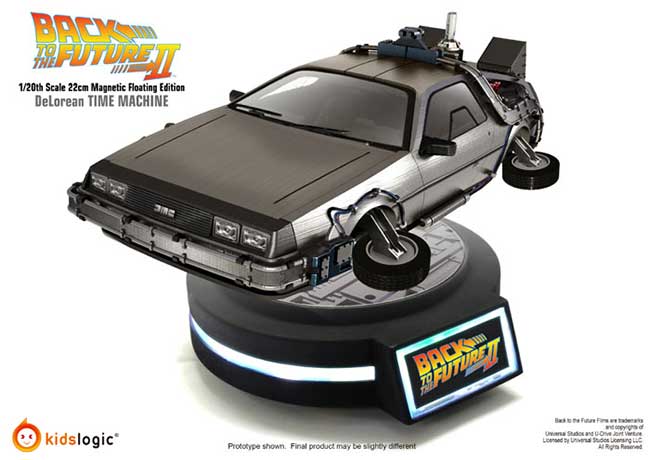 Toy Fair is an annual industry event that is produced by the Toy Industry Association™, Inc. (TIA), a not-for-profit trade association representing all businesses involved in manufacturing and distributing toys and youth entertainment products to consumers. TIA’s more than 900 members account for approximately 90% of the annual U.S. domestic toy market of $22B. More details are available at: http://www.toyfairny.com.

During this year’s Toy Fair, Bluefin will showcase a variety of new and upcoming products set for release later this Spring and Summer. Many of these items will be available for pre-order during the show.

Bluefin is proud to expand its popular line of Teenage Mutant Ninja Turtle products with a preview of the forthcoming new Tamashii Nations S.H. Figuarts Ninja Turtles Leonardo and Donatello figures. Set for release later this Summer, the new figures will be debuted specifically for the North American market.

Bluefin Products To Be Showcased At 2016 Toy Fair Include:

Tamashii Nations S.H. Figuarts Ninja Turtles – Leonardo and Donatello Figures ·
MSRP: $62.99ea · Available Summer 2016
Collectors will not want to miss what’s in store from S.H.Figuarts! The first-ever S.H.Figuarts versions of everyone’s favorite Teenage Mutant Ninja Turtles are coming in classic animation colors! These new Tamashii Nations figures are being made specifically for the North American market and will be available for a limited time.

First to join the line-up is the leader and most pragmatic of the brothers – Leonardo. Strategic use of die-cast material is integrated for realism in the belt buckle and weight in the legs. The Leonardo set includes his iconic katana (x2), interchangeable head, interchangeable hands (x6), weapon holding parts, and manhole covers (x2).

Second to join the line-up is the brains and inventor of the brothers – Donatello. Strategic use of die-cast material is integrated for realism in the belt buckle and weight in the legs. The Donatello set includes his formidable staff, interchangeable head, interchangeable hands (x6), weapon holding parts, and a pizza.

Get your cowabunga on S.H.Figuarts style (and grab some pizza while you’re at it)! Kids Logic “Back to the Future” Floating DeLorean · MSRP: $224.99 ·
Available Spring 2016 (Estimated)
The famous DeLorean time machine as featured in Back to the Future Part II is offered in a high detail floating version officially licensed by Universal Studios. The 1/20 scale recreation of the car is about 8.6 inches in length and features 10 light-up LEDs, opening doors and removable, swappable wheels (two sets) for normal driving and flying scenes. Flame effect parts are also included along with 2 different bases – a magnetic floating base and a standard display base. A truly unique item! Terada Mokei’s Architectural Model Series: No. 6 New York · MSRP: $14.95 ·
Available Now!
The sixth installment of the Architectural Model series features famous landmarks from the street corners of one of the world’s most exciting cities. Created by Japanese architect Naoki Terada, these amazing 1:100 scaled paper models offer simple, charming snapshot of commonplace scenarios including children playing in a park, a cherry blossom viewing, patrons enjoying coffee at an outdoor café, the hubbub of activity in front of a New York subway and much more. Each model is packaged in single-colored sheets equipped with individually laser-cut parts, reminiscent of model die-cuts. This is a perfect compact items that also makes a thoughtful gift and can be included in greeting card envelope.

About Bluefin
Based in Irvine, CA, Bluefin built its reputation as a leading distributor of Japanese toys, collectibles, novelty and hobby products. In recent years, Bluefin has grown to include a range of high quality collectible lines from the United States, Hong Kong, Taiwan and Singapore and established itself as the official North American consumer products and retail development partner for Studio Ghibli. Selling to thousands of specialty, chain and independent stores, Bluefin is an official North American distributor for Bandai Hobby, Kotobukiya and Capcom, is the sole provider of Bandai Tamashii Nations products, and is also the exclusive and official distributor for Hero Cross, Beast Kingdom, Comicave, Mr. Hobby, SEN-TI-NEL and X-Plus. Bluefin also represents TruForce Collectibles products worldwide. Additional information is available at: www.bluefincorp.com.