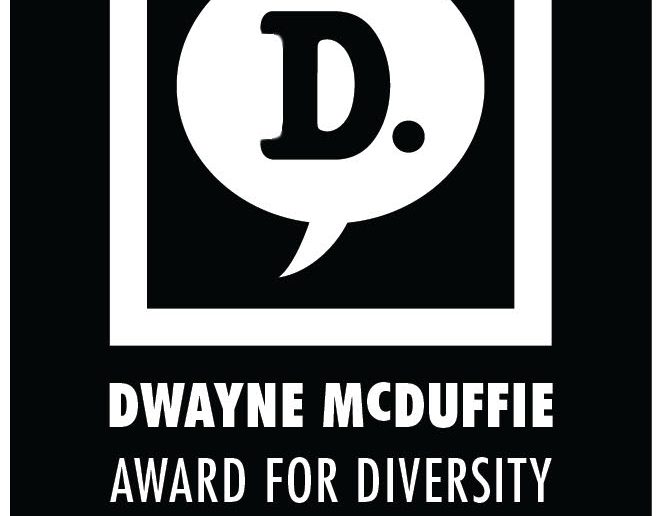 February 10, 2016) The finalists for the second annual Dwayne McDuffie Award for Diversity in Comics were announced today. The five nominated titles are:

The winner will be announced at the second annual Dwayne McDuffie Award for Diversity in Comics ceremony event to be held later this month at Long Beach Comic Expo on Saturday February 20 at 2:30 PM PT, on Dwayne McDuffie’s birthday. Acclaimed comic book writer (GENIUS) and reporter (THE HOLLYWOOD REPORTER) Marc Bernardin will be the event’s Keynote Speaker.

“We were thrilled to receive more than three times as many submissions this year as we did for the inaugural award,” said Neo Edmund, the Director of the Dwayne McDuffie Award for Diversity in Comics. ““After weeks of careful deliberation, we were able to narrow down the submissions from over 100 titles to the five nominees, all of of which speak to Dwayne’s inclusive vision for the industry in unique and significant ways.”

The Award is named in honor of Dwayne McDuffie, the legendary writer and producer who co-founded Milestone Media. As a writer, Dwayne created or co-created more than a dozen comic book series, including DAMAGE CONTROL, DEATHLOK II, ICON, STATIC, XOMBI, THE ROAD TO HELL and HARDWARE. Nilah Magruder was the recipient of the first annual Dwayne McDuffie Award for Diversity in Comics for M.F.K..

“It’s hard to believe Dwayne has been gone for 5 years this month,” said his widow, Charlotte McDuffie, “but it is gratifying to know that his presence continues to be felt in the comic book industry, through this award in his name shining a spotlight on those creators and content that are carrying on his mission to make the world of comics more accurately reflect the diversity of the real world.”

The Dwayne McDuffie Award for Diversity in Comics Selection Committee consists of six prominent comics and animation professionals who knew McDuffie and have demonstrated a commitment to inclusiveness: