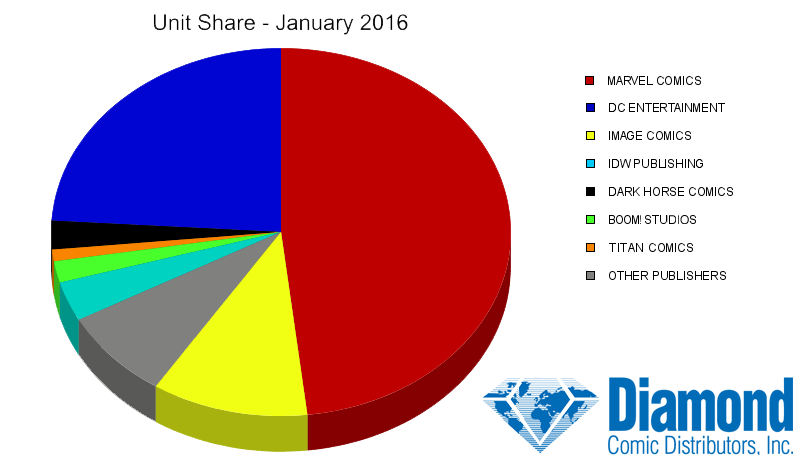 It’s the start of a new year, but it feels like old times as Marvel Comics dominated the market share for the first month of the year.

Marvel too 44.38% of the Dollar Share and 48.17% of the Unit Share in January, while DC Entertainment was only able to bring in 22.16% and 24.02% respectively. That’s a huge gap, and may be the reason why so many (including me) think the upcoming Rebirth and Hanna-Barbera events are an attempt by DC to close the gap. To make matters worse, Marvel only shipped 17 more single issue titles and 16 more trade paperbacks.

Even with Marvel grabbing a huge portion of the marketshare, it is not all roses. Individual comic and graphic novel sales dropped dramatically from December 2015, with a 21.25% drop in comics and a 6.73% drop in graphic novel sales. Even compared to this time last year, sales are down across the board around 4%.

We should have a rundown of the top 300 comics sold in the direct market soon, but in the meantime, is this a seasonal slump, or something else?