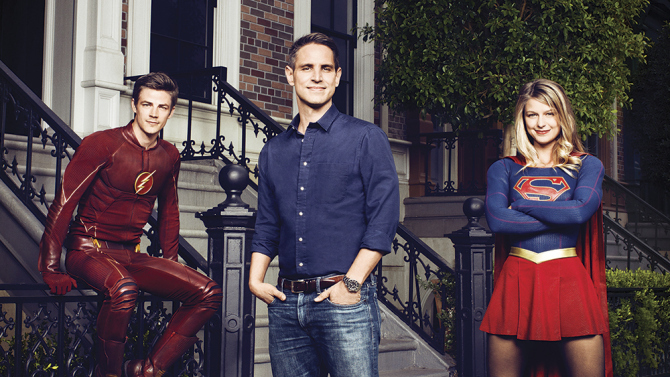 By Stephen Schleicher on February 3, 2016 7 Comments

Good news everyone! Greg Berlanti has confirmed that The Flash will crossover with Supergirl this season!

Previously we were told that there were no plans for the two shows, on two different networks, but owned by the same company, would crossover. The only thing that would have changed that, we were told, would be if Supergirl was picked up for a full season. Now that Supergirl is in the back half and on the way to season two, it makes sense for the shows to finally fulfill its promise to fans.

“We are so incredibly excited to announce something that we have dreamed of happening since we started making ‘Supergirl’ – The Flash and Supergirl are teaming up!” said “Flash” and “Supergirl” executive producers Greg Berlanti and Andrew Kreisberg. “We want to thank Grant Gustin for making the time to come visit (on top of his already immense workload) and all of the folks at CBS, The CW, Warner Bros. and DC for working this out. And finally thanks to the fans and journalists who have kept asking for this to happen. It is our pleasure and hope to create an episode worthy of everyone’s enthusiasm and support.”

With both shows nailing it in the ratings – Flash is the number one show on the CW, while Supergirl is ranked sixth on CBS’s 18-49 demo, the crossover could potentially crush ratings for all other networks is Berlanti productions is able to make this a two night event. But will it be a two nighter? Right now CBS has stated the Flash will appear on Supergirl on March 29th at 8:00 PM. There is nothing in any of the announcements that indicate Supergirl will appear on The Flash.

Are you happy with The Flash making an appearance on Supergirl, or do you want a big two night event?