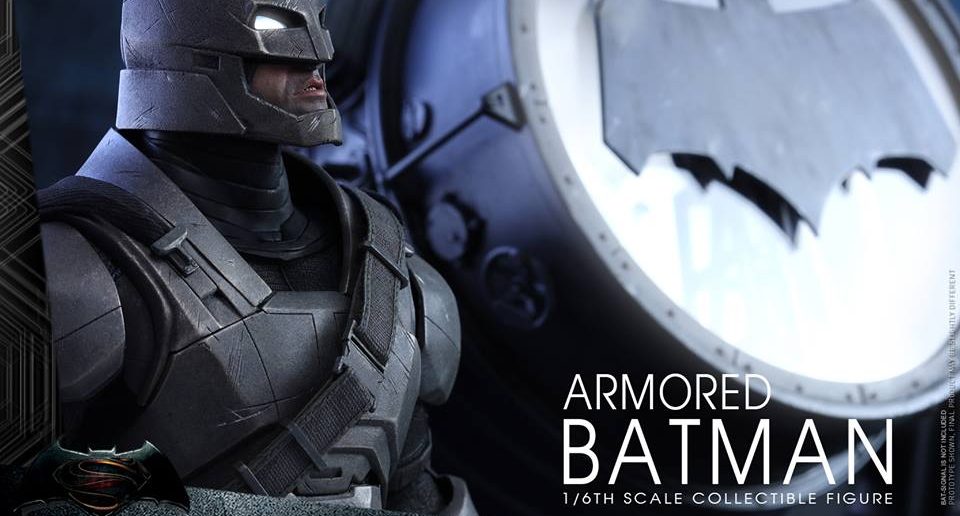 Batman v Superman is just around the corner, which means new awesome figures are going to vie for your attention. One that already stands out among all others is the Hot Toys 1/6th scale armored Batman figure.

AAAAAAAAAAAH!  It looks so good! When Batman asks me if I bleed, I think he’s talking about money, because if I’m going to buy this figure I may have to sell a couple of pints to add it to the Nerd Room of Doom. Granted, the company hasn’t said anything about release date or cost, but if past prices are an indicator, expect to pay between $200 and $300.