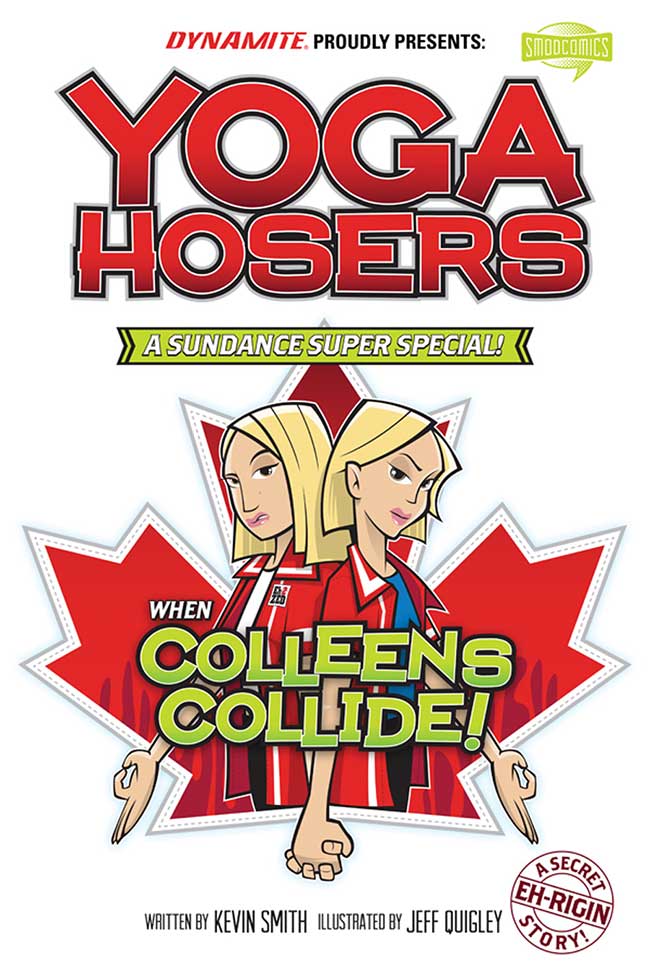 Kevin Smith has been promoting Yoga Hosers, starring his daughter Harley, and Johnny Depp’s daughter, Lily Rose Depp, since the idea first sprang to his mind years ago. Now with the Sundance release just around the corner, Dynamite Entertainment has announced it is making a comic book prequel of the movie.

When an ancient evil rises from beneath Manitoba convenience store to release an army of monsters, and threatening the their attendance to a senior party, the two join forces with a legendary man-hunter from Montreal named Guy Lapointe.

According to Smith, this is just the beginning as the director has announced his own SModComics imprint. ” I look forward to turning lots of material from my podcasts and movies into 4-color extensions of what we do in other media. And I’m happy to do it with Dynamite – the Jersey-based comics giant!” stated Smith in a press release. Yoga Hosers, the comic, is written by Kevin Smith with art by Jeff Quigley. If you are at Sundance, the comic book will be available during the January 24th screening.

Venom gets tangled up in the Dark Web