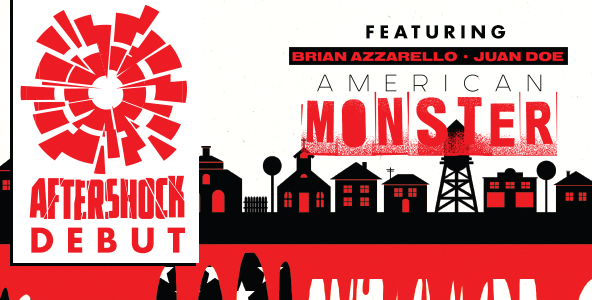 ComiXology and Amazon have secured yet another comics publisher; the company announced a digital distribution agreement with AfterShock Comics.

Major Spoilers has covered many of the titles from AfterShock and earlier this month, Mike Marts, Editor-in-Chief at AfterShock spoke with Wayne Hall on Wayne’s Comics Podcast.

Currently, you can find American Monster, Replica, InSeXts, SuperZero and Dreaming Eagles on the ComiXology and Kindle Store. More titles will be added in the coming weeks, according to the publisher.