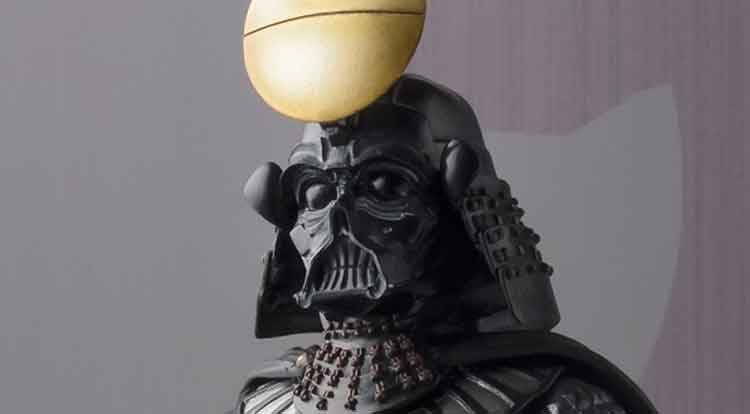 [Toys] Darth Vader as a Samurai is spot on

There is no doubt that Star Wars was inspired by the films of Akira Kurasawa, and Bluefin has released a new Darth Vader figure that pushes that influence even further to the source. It’s pretty imposing, and if you were able to get the Boba Fett figure from this same line, you will have an action figure duo that will inspire you as they stand next to your computer, or at the very least, spark conversations with anyone who walks into your office.

The Daisho Darth Vader figure is part of the Meisho Movie Realization Star Wars line that ‘pays homage to the Samurai aesthetic and artfully reimagines iconic Empire characters from the legendary films with feudal-style Japanese armor and weaponry.” Bluefin is the distributor of this figure that has a MSRP of $92.99.

It looks so delicate, I think I’d be too nervous putting it on display, but at the same time, if I bought it, I would want to show it off because it looks so bad ass.