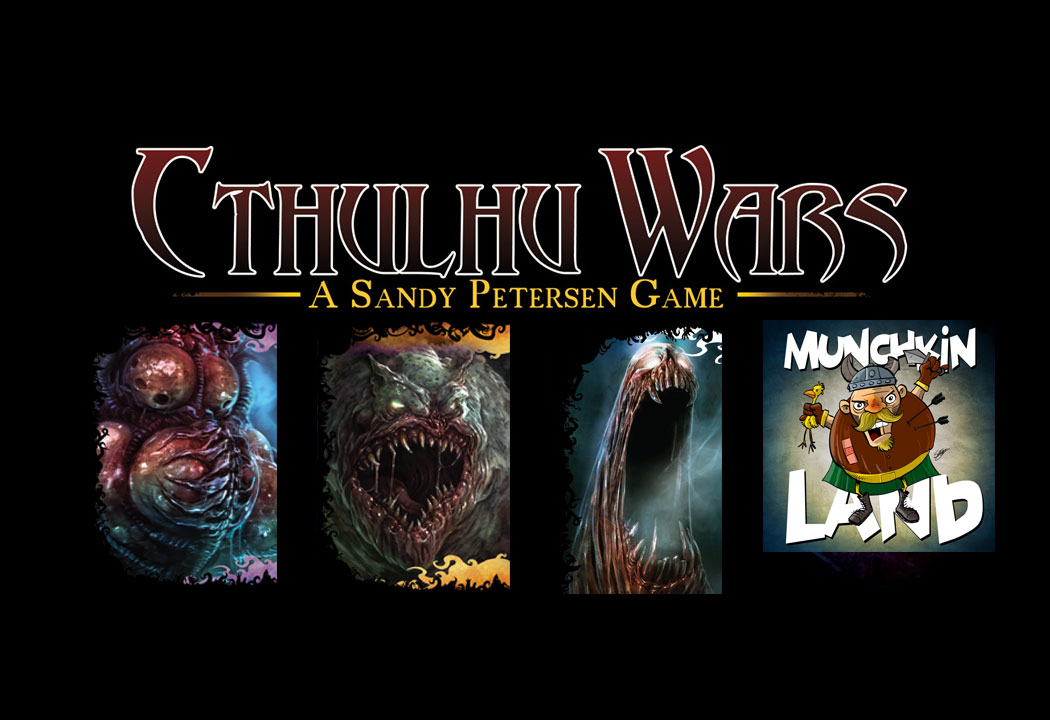 It’s time for a new batch of Great Old Ones to battle for control of primordial Earth! Stephen, Rob, and Brad sit down to play a game of Cthulhu Wars using characters from the expansion sets from Sandy Petersen.

It’s time for a new batch of Great Old Ones to battle for control of primordial Earth! Stephen, Rob, and Brad sit down to play a game of Cthulhu Wars using c…

CTHULHU WARS
The Old Ones have risen. Monsters walk the Earth. Humanity is finished but the struggle continues. Which Great Old One will rule the ruins of Earth? Now, you take charge!

Cthulhu Wars is a fast-moving strategy game about the end of the world. You take part of various monstrous aliens seeking to dominate the world. You can play as Great Cthulhu himself, or you can take charge of the other factions, such as the slither hordes of the Crawling Chaos, or the insane minions of the Yellow Sign.

The game has a huge map of Earth to fight over, and 72 high-quality figures, all drawn from the dread Cthulhu Mythos, including Cthulhu himself, Cultists, Shoggoths, and many other horrors. We’ve designed these figures to 28mm scale, compatible with many other tabletop games.

Earn and cast spells and summon monsters unique to your own Faction. Each Faction is strikingly different in tactics and techniques. A strategy that works for the Black Goat will be ineffective for the Crawling Chaos. The game is for 2-4 players, and up to 8 with the expansions. Each Faction has multiple unique strategies for winning, so Cthulhu Wars has incredible depth and replay value.

Cthulhu Wars is a combination of strategic gaming and Lovecraftian horror, with the bonus of high-quality monster figures to make your game even more fun.