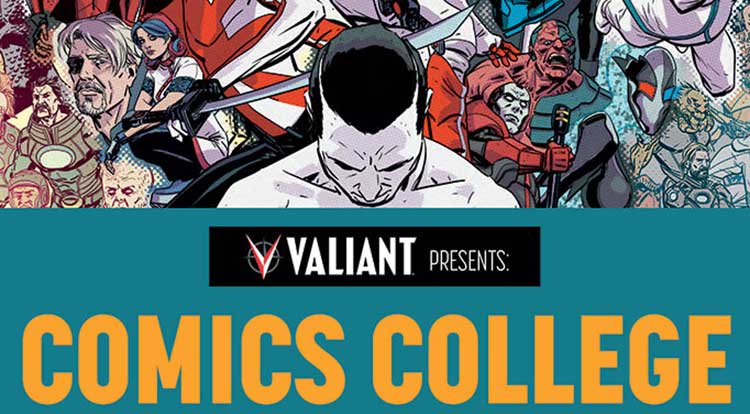 One of the interesting things about Hastings stores is they are always running something on the television screens and projector on the wall of the store. For the last couple of months, Valiant Entertainment and Hastings have been releasing a series of comic related live streams for patrons of the store, and it must have gone over well, as the two are teaming for Comics College in January.

Broadcasting into more than 140 Hastings locations nationwide, each installment of “Comics College” offers an inside look at the process of creating comics from start to finish. Featuring a new conversation with a different Valiant creator each week, join us here as some of the brightest talents in comics today examine the most important aspects of working in the comics industry today – from getting your first big break and writing your first script to the finer points of portfolio reviews for artists and editors alike…and much more! I’ve seen a couple of the previous broadcasts, and if you are interested in getting into comics, its worth hunting down a Hastings in your area and checking these out.