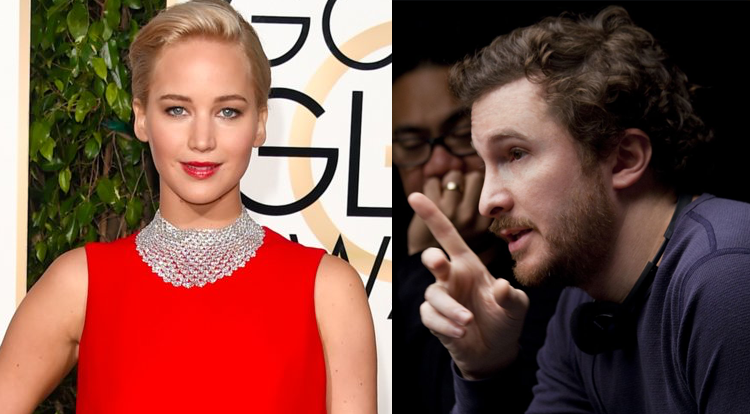 Coming off a win last night for her work in Joy, Jennifer Lawrence is looking to continue her strong streak of films by starring with Javier Bardem in Darren Aronofsky’s next film.

News came out this morning that Paramount Pictures had picked up Aronofsky’s next film, which isn’t too shocking due to the box office success of Noah (also at Paramount) plus the added star power that Jennifer Lawrence brings with her.

After the first reports of the star and prolific director came out this morning, it was only a short while after that Javier Bardem was revealed to be in negotiations for the film, but expect him to sign on with the film because Bardem has been Araonofsky’s first choice for the role.

New Regency has a first-look deal in place with the Pi director, but the studio ultimately passed on the project leaving the door open for Paramount to pick it up. And fan’s of the director’s work should be excited that Paramount did because this untitled film sounds like a return to psychological thriller that he is known for.

According to the trades, the film will center around “a couple whose relationship is tested when uninvited guests arrive at their home, disrupting their tranquil existence.” With about a 20 year age difference, I’m not expecting Lawrence and Bardem to be the “couple”, but I have been proved wrong before.

Filming for the project is expected to begin this spring, so we may be looking until 2017 to see this in theaters.