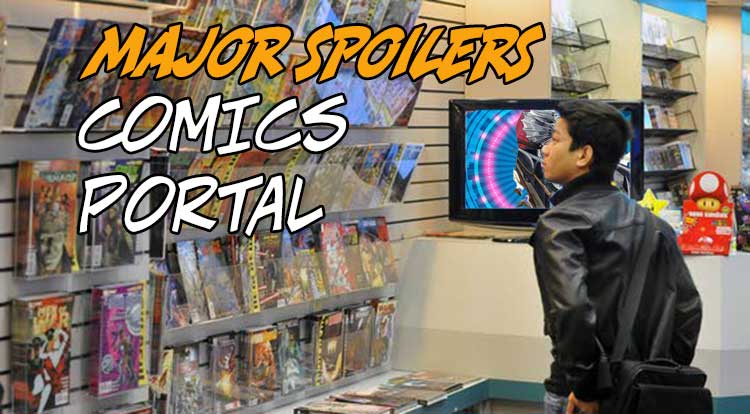 Every once in a while, I find it helpful to re-examine why you do what you do. For example, I used to collect Disney action figures until I realized that they really didn’t rock my boat any longer. I ended up giving many of them away to neighborhood kids since I couldn’t sell them on the Internet.

The same is true about local comics shops. There have been times when I’ve been complacent after patronizing the same store for an extended period of time. When I stop to think about it, it had morphed into a place I honestly didn’t care to shop at any longer. When I realize that, it’s time to poke around the community and see what else is going on, a place where I might be happier to spend my hard-earned quatloos.

WHAT I LOOK FOR As you can probably tell from my column each week, variety is an important thing to me. That means I like stores that sell comics outside the Marvel-DC-Image range of companies. If that’s pretty much what you order all the time, you won’t find me there very often.

A good example is AfterShock Comics, a new company I recently learned about when I  looked over their soon-to-be-released product. I was hooked! The good news is that my local shop ordered every release for me! The owner also ordered some extra to show to her other customers so they could check them out as well.

Now, THAT’S a store I’ll be coming back to week after week!

While I’m not a collector in the purest sense of the word, I do prefer to buy books that haven’t been sat on, stepped on, or even begin to look like that’s happened to them. If you have at least a few of each issue, I’ll be happy to pick the copy I like best!

Convenience is also a big plus. If the store is open during the time of day I can make it there, I’ll be much more likely to go.

Events are tough to call. I remember when Mary Jane Watson married Peter Parker (Yes, I’m that old!), and a local shop served wedding cake. The owner ended up wiping away cake remnants from various comics for months after that! On the other hand, another store celebrated Batman’s 75th anniversary by giving away capes if you bought a Batman comic. THAT I liked!

I don’t game, so I never attend gaming events. I know a lot of people who do, though!

Suggestions! Yes, I truly enjoy a store that has employees who can get to know their customers and suggest books they hadn’t heard about. I’ve picked up many an excellent comic by briefly talking with store owners about what I like so they can refer me to what they think I might be interested in. This is truly one of the most important things a store can do for its clients – make good suggestions!

It doesn’t matter to me whether a shop is part of a chain or a small one. If they have what I want, I’m coming back!

As great as some stores are, I just can’t drive long distances to buy my books, even with the cost of gasoline dropping as it has been. I have to consider the wear and tear on my car as well as the fact that low gas prices might only be temporary.

When I say I want something, I mean it! I subscribed at one shop where the workers had a tough time keeping track of what people ordered. Once I searched and searched for a comic that had just been released, but I couldn’t find it in my box or on the stands. Just then another customer came up to the counter and said he hadn’t ordered this book. It turned out to be the issue I was searching for. Now, I get that we’re all human, but this was the third or fourth time this happened!

Not only that, but I had a subscription at one store and ordered a $50 “first look” Batman statue. I was travelling out of town when I saw it in a comics shop I happened to stop at. When I asked about its release date, they said, “Oh, this came out about a month ago.” When I got back to my store, I asked what happened. “Well, we don’t order any statues.” I was unhappy and wanted to know why they didn’t tell me that when I placed the order. The guy behind the counter just shrugged his shoulders.

I don’t mind some conversation taking place. In fact, that kind of thing can help me learn about what’s going on that I hadn’t previously heard about. Great! But some folks turn New Comic Book Day into New Comic Book Discussion Event. They’ll sit around and talk among themselves (often including the owner) about comics, but leave those of us not part of their clique out of the conversation. I’m sorry, but that’s just rude. There was one store in which a guy brought his own chair to the place every week so he’d have a place to sit for hours at a time. Right!

On the other hand, I went into a comics store I’d never been to before, flush with cash and ready to buy something good to read. What I encountered was a guy at the counter who had his nose in a computer, never even saying “hello.” As I looked over what he was selling, I realized I had no idea what many of the books were or if they were any good. I tried to get the guy’s attention, but he was too engrossed in whatever he was looking at. I ended up leaving the store with exactly the same amount of money I had when I walked in. Customer service, people!

These days, since I’m helping out with a comic book behind the scenes, I also don’t like it when the creator takes in the book to his or her local store and get a “ho-hum” reaction. Yes, it’s not from Image, but the person who made it invested boatloads of time and money to make the best one he or she could, and you turn up your nose at it? Instead, hold a signing so your other customers can get to know the product being made in the community! Support your local creators if you want my attention!

I once shopped at a store that sold comics, women’s clothes and window tinting. Something for everyone!

WHAT DO YOU LOOK FOR? With all the alternatives to comics shops these days, including digital books and crate services, a store really needs to be good at what it does to survive.

I’ve often remarked how certain I was that the advent of trade paperbacks would be the end of the local comics shop. I’m glad I was proven wrong, but I still see signs of the end of comics stores in neighborhoods for many of the reasons I’ve listed above.

I still don’t want my comics shipped to me once a month in a box – I’m too impatient for that! I buy digital issues when I can’t find them at a store I can drive to. But I’m devoted to my local store like crazy!

What the future holds for local comics shops is something I just can’t predict. But I do know that buying my books at a store of my choosing is still my very favorite way of buying comics. The only way for people like me to continue this hallowed practice is to support local shops as much as possible. I hope you’ll do the same!

What do you look for in a local comics shop? Be sure to share your preferences below!