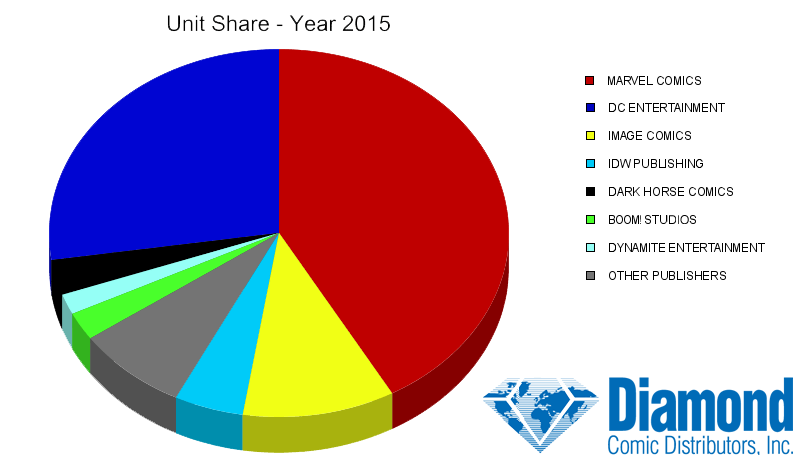 Diamond Comic Distributors has run through the numbers of books sold in the direct market during 2015, and have announced the best selling individual issues and graphic novels for the year.

Star Wars has dominated the year in movies, and it looks like Marvel’s Star Wars titles dominated the year in comics, too. Of the Top Ten Comics for 2015, four of the titles were Star Wars related. Orphan Black #1 makes a surprise appearance on the list at number four until you realize that it, Invincible Iron Man #1, Darth Vader #1 and others on the list were all part of subscription box services, which inflate the numbers drastically. I only bring this up because there is a difference between buying a comic because you want to read it, and having a comic handed to you regardless if you read it or not.

When all is said and done, the big winner for 2015 is Marvel who lead both the Dollar and Unit Market Share from Diamond Comic Distributors.

2015 saw a year of positive growth in both individual issues (+7.17%) and graphic novel sales (+3.14%). It will be very interesting to see if the trend continues or if changes in box subscription services change the nature of the game in 2016.