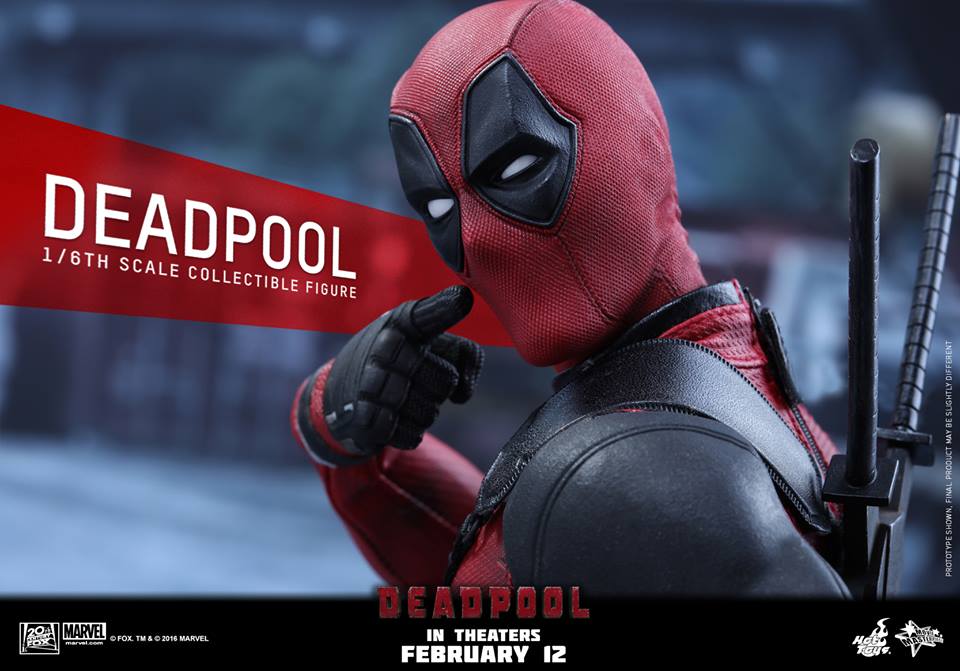 Hot Toys continues to impress, inspire, and make us all go broke with their figures. The Hong-Kong based production house, has released new images for its upcoming Deadpool figure, and for those wanting a little tiny Deadpool in their lives, this looks to be the 1/6th scale figure to have.

Hot Toys released a number of new images on its Facebook page this morning, and already fans are screaming for a release date (the company hasn’t announced one). Here is the weird thing – Sideshow Collectibles, the U.S. distributor for Hot Toys, just released its sixth scale Deadpool figure. While it is not uncommon for Sideshow and Hot Toys to have similar properties in development, the release of the Hot Toys figure must make Sideshow sit up and reconsider its production process.

Just look at the two figures side by side: With these figures going for over $200, I know where my money is going – and it ain’t for a wheelbarrow full of chimichangas.