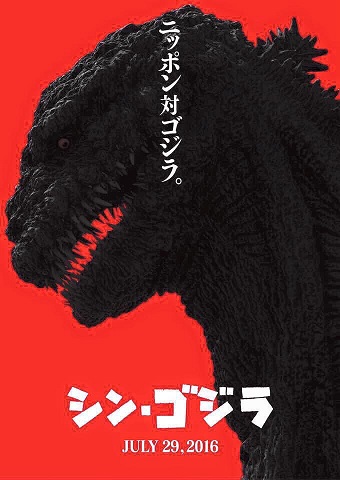 TOoho is set to release a new Godzilla movie this year, and as a lead up to the big eventual release, there are new image of the monster that have a retro-creepy feel to them.

While the Legendary Godzilla movie gave us something that was heads and tails above the 1998 movie, the monster was a very big departure from its Japanese roots. In these images, it looks like the guy in a rubber suit is back and looks stranger than ever.

Godzilla Resurgence will be the 31st entry in the Godzilla franchise and the 29th produced by Toho.

The film is co-directed by Hideaki Anno and Shinji Higuchi with the screenplay written by Anno and the special effects directed by Higuchi. Godzilla Resurgence is scheduled to be released on July 29, 2016.

If you haven’t seen the trailer, there is one of those, too.

There probably won’t be a US release, so get those region free DVDs fired up for the day when the movie arrives for legal viewing consumption.