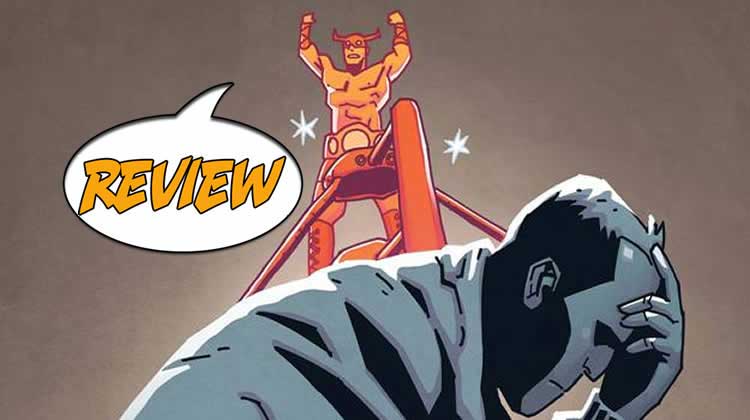 Let me say, right off the bat, that I’m not a big fan of professional wrestling. Yes, I’ve watched it on occasion, talked about it with people who ARE fans of it, but I can’t say that I’m one of them.

As with many industries/sports/professions, the most interesting people are not the ones on the forefront. Instead, they’re the men and women supporting them or around them in some capacity. They can’t manage what happens on the field or in the ring, but they have a huge stake in what takes place there. Often their lives are very different because they have to be in order to make a living.

At least, that’s how I look at it.

This title is about just those on the periphery of professional wrestling. And boy, do they have a lot going on!

Previously in RINGSIDE: “Fact vs. fiction.”

LIFE OUTSIDE THE RING

Personally, I think it’s quite a curse to be famous. I don’t crave it, don’t seek it because I’ve seen those who have been famous crash and burn so spectacularly when their time in the spotlight ends.

Yes, it does end for most stars. There are some who have long-term celebrity, but compared to the entire group, that’s a very tiny minority. The rest of the folks hate it when they go out in public and others don’t recognize them. They have to become coaches in football or work in the front office. They have to find other jobs that require their skill sets. They have to take bit parts in plays. And that’s not many, I can assure you!

The scripter for this book is Joe Keatinge, a writer I really admire after his work on such great comics as Tech Jacket and Shutter from Image. The first one I think of as sci-fi, and the second more fantasy. He makes the characters pop off the page, living and breathing as if I knew them personally.

The same is true in Ringside. He runs the gamut of people here, from some in charge of corporate entities to those who just want their names to be mentioned in conversation. And he does them well.

Several jumped out at me, including former wrestler Danny who has tried doing something else that’s resulted in him getting the tar beaten out of him. I also like his friend Amy, who gets around in a wheelchair, buys guns and can talk sense into him. I’d enjoy it if there were more real people like her, actually!

I also really liked the friend of Davis, who clearly wants to be in the limelight so much that when Davis takes a call from a “manager,” he enthusiastically asks, “They mention me?” Man, what a look Davis gives him in return.

As usual, the pacing is strong as well as the characterization. Great storytelling, as always.

I used to think that the more detail art had, the more realistic it was. I’ve changed my mind about that in recent years.

Barber’s art is more stylized, but he makes the most of what lines and images he does employ.

There are no superheroics in this comic, and a lot more dramatic sequences instead of action ones, but whatever Keatinge’s script calls for, Barber delivers, and how! When there’s violence going on, I cringe because I can feel it as if I was the one being hit. OWWW!

Nice use of color, too, because it helps us realize the importance of what’s happening! Good job!

As I often say, I love variety in my reading. This book introduced me to people I might never have known and put them in circumstances I may never completely understand. But I’m all the better for having read this comic.

I’m not sure I’ll ever really become a wrestling fan, but I feel I have at least learned a lot about that profession. I see the why’s and wherefore’s, particularly when it comes to those around the ring.

I always follow writers, and Mr. Keatinge is one of the best in the comics biz today. He convinces me to go where I’ve never been before, and I need so much more of that in my reading. I’m going to enjoy reading this title as it unfolds in the months ahead!

Life Beyond The Ring

Celebrity can be a terrible thing to lose. What next?