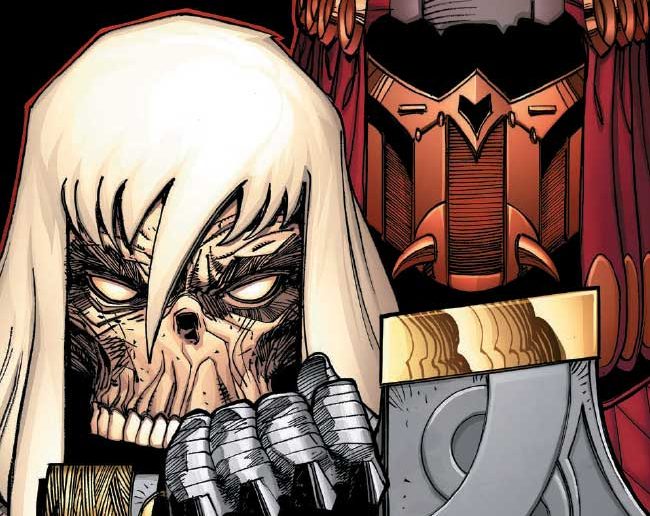 Are you ready for the end (of the year)? Ragnarök #7 arrives from IDW Publishing this week, and Major Spoilers has your sneak peek, after the jump!

Ragnarök #7
Walter Simonson (w & a & c)
The Black Elf assassin, Regn, and his young daughter, Drifa, have hunted Thor for countless leagues across the Dusk Lands, to the ruins of Asgard. Now, as Thor calls down the lightning to create a funeral pyre for the dead of Asgard, Regn prepares himself for his greatest challenge, to kill the last god standing, the god responsible for the death of his wife.
FC • 32 pages • $3.99