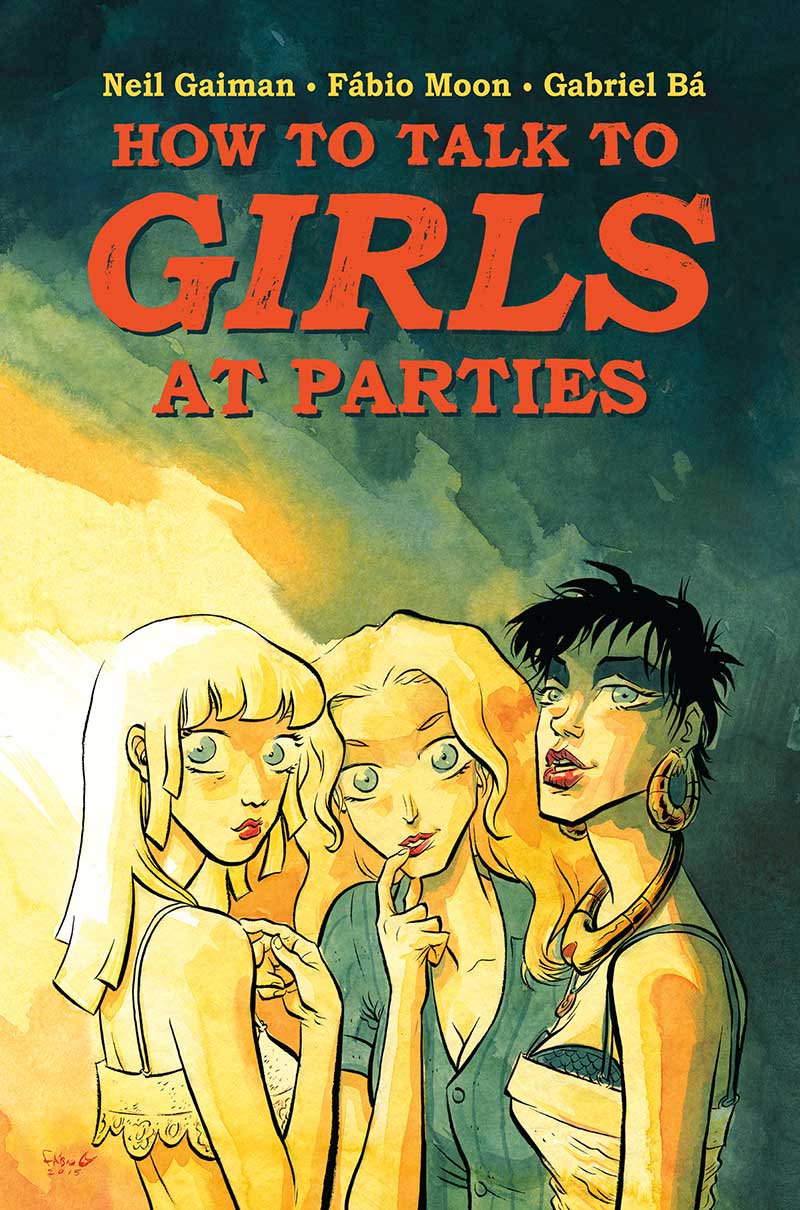 In June 2016, Dark Horse Books will be pleased to offer How to Talk to Girls at Parties, a brilliant new graphic novel adaptation of an award-winning short story from Neil Gaiman—one of the most celebrated authors of our time—by award-winning artists Fábio Moon and Gabriel Bá.

Now Moon and Bá are set to adapt the Gaiman story they were born to draw in a sumptuous graphic novel that is not to be missed.

“They have a storytelling aesthetic where [depicting]body language is everything. The story is all about what’s in the narrators’ heads, so it can be very hard to do that in comics. It’s incredibly enjoyable to write a story and see them make it real,” said Neil Gaiman in an exclusive interview with Publishers Weekly.

In How to Talk to Girls at Parties, two teenage boys are in for a tremendous shock when they crash a party where the girls are far more than they appear!

About Fábio Moon and Gabriel Bá
Multiple Eisner Award winners Fábio and Gabriel were born in São Paulo in June 5th, 1976 and have, in one way or another, been telling stories ever since. Now, they tell stories doing comic books and graphic novels (which are essentially the same thing). They are Brazil’s very own WONDER TWINS.